Updated On January 29, 2023 | Published By: Ainsley
Share this
Married 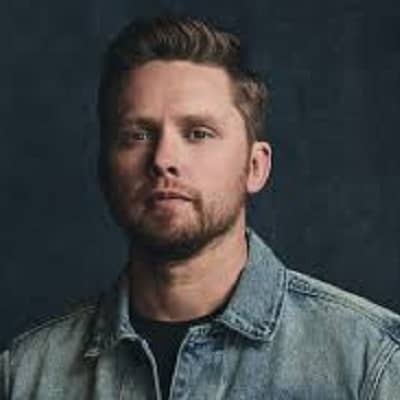 How long did Jameson Rodgers date Sarah before marrying?

Jameson Rodgers is married to the love of his life, Sarah Alison Turner. They tied the knot on September 5, 2021, at The Venue at Birchwood in Spring Hill, Tennessee.

The pair engaged after nine years of meeting at the iconic Bluebird Cafe.

Who is Jameson Rodgers?

He is mostly known for his hit chart-topping song “Cold Beer Calling My Name.”

Jameson was born on October 17, 1987, in Batesville, Mississippi, United States. He identifies as an American. As of 2022, his age is 35 years old. The information regarding his parents or family members is not available.

In 2010, he moved to Nashville. Regarding his education, he graduated from the University of Southern Mississippi.

Rodgers was given the ASCAP Foundation Leon Brettler Award in 2014 and has a publishing deal with Combustion Music.

He released his first EP in 2016, and two years later in 2018 he debuted his self-titled EP which featured the hit song “Some Girls”. Rodgers won MusicRow Discovery Artist of the Year in 2020.

Furthermore, Jameson was listed as one of Pandora Radio’s 2018 Country Artists To Watch. Rodgers signed a recording deal with River House Artist/Columbia Nashville in 2019.

Some Girls was his first Billboard charting song in 2020 which reached number one on the Country Airplay chart and number 29 on the Billboard Hot 100.

Being a country music singer, Jameson has an estimated net worth of around $1 million – $5 million. He has kept his salary and earnings hidden until now.

During the final season of the country singer’s set, gunshots could be heard. As to concertgoers, he was told to leave the stage and the fans were advised to lie down over the sad incident.

Local Police responded quickly to the incident and later kept people updated on the situation.

Jameson stands at an average height of 5 feet 10inches and weighs around 75kgs.

He has a charming personality with a pair of brown eyes and brown hair.

Jameson is active on Instagram with 67k followers under the username @jamesonrodgers and has 18k followers on Twitter.