James Kennedy is an American stand-up comedian, television producer, screenwriter, and actor. He is best known for playing Randy Meeks in the Scream franchise. 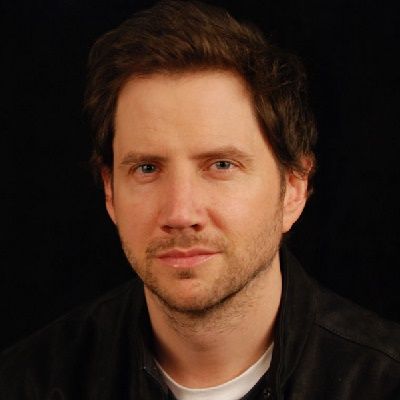 James Kennedy was in a relationship with his Ghost Whisperer co-star Jennifer Love Hewitt from March 2009 to March 2010. As of now, he is possibly single.

There were rumors of him hooking up with Crystal Marie Denha in 2010.

Who is Jamie Kennedy?

Kennedy was born in the suburb of Philadelphia, Pennsylvania on May 25, 1970. He is currently 50 years old. He has not revealed much about his father, mother, and siblings.

His nationality is American and his ethnicity is not known.

He graduated from Monsignor Bonner High School in 1988. After graduating he started working as an extra in Hollywood.

He was a professional Hollywood extra. He first got noticed for playing Randy Meeks in the late 1990s famous film franchise “Scream”. Kennedy formed a production company called Wannabe Producers, alongside Josh Etting.

They have produced shows like The Jamie Kennedy Experiment, Blowin’ Up, The Starlet, and Living with Fran. Kennedy has worked as a voice actor for the videogame ESPN NFL 2K5. Kennedy is also a writer.

He wrote an autobiography titled, Wannabe: A Hollywood Experiment. Kennedy hosted the self-produced “First Night 2013 with Jamie Kennedy” on December 31, 2012.

Kennedy was nominated for Awards Circuit Community Awards for Best Cast Ensemble in 1996. Jamie won the Blockbuster Entertainment Award for Favorite Supporting Actor for the movie Scream in 1996. In 2003, he was in the nominations at Teen choice awards for Malibu Most Wanted.

In 2005, he won two awards at the Stinkers Bad Movie Awards for Worst Actor and Worst Screen Couple for the movie Son of the Mask.

This actor has a net worth of $10 Million from his acting and stand-up comedian career. But his salary and other earnings are not disclosed.

In September of 2009, rumors about Jamie cheating on Jennifer Love with his ex-girlfriend Shannon Funk circulated. However, Jamie denied the cheating rumors.

Jamie Kennedy is 6 ft tall and weighs about 80 kgs. He has brown hair and blue eyes.