Jamie Laing is an English television personality, actor, and entrepreneur. He is the founder of the confectionery company Candy Kittens. He is in a relationship. 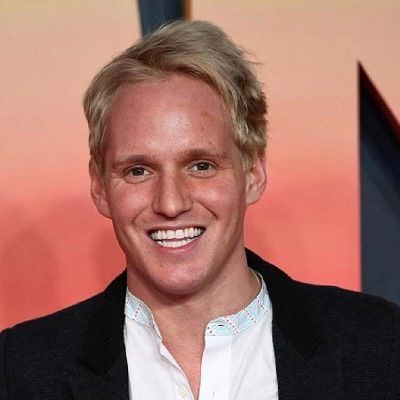 Jamie Laing has always made news for his relationships. He has dated a couple of his ‘MIC’ co-stars. Jamie had multiple affairs. During the filming of season five, Jamie dated Phoebe Lettice, Tara Keeney, and later Lucy Watson.

At present, he is dating another girl His girlfriend’s name is Sophie Habboo. She is an actress. This couple started to see each other in 2019.

Who is Jamie Laing?

Jamie Laing is a British actor, entrepreneur, and social media influencer. Likely, Jamie Laing came into prominence for his role in the award-winning television series ‘Made in Chelsea.’

He is the legatee to the digestive biscuit empire ‘McVities.’

Laing was born in Oxford, England on November 3, 1988, and he is currently 31 years old. His father’s name is Nicholas Laing and his mother’s name is Penny Baines. Unfortunately, there is no much information about him and his family.

Talking about Jamie’s education history, he attended Radley College and later the University of Leeds where he studied Theatre and Performance.

Talking about his profession, Jamie ventured into the acting profession absolutely by chance. He wanted to be an entrepreneur but somehow became an actor. Jamie began with a brief performance at a ‘Ralph Lauren’ show, where he just stood still, holding a goldfish bowl covered with a sushi platter.

Additionally, Jamie’s breakthrough role came in after he joined the cast of the ‘BAFTA’ award-winning reality television series ‘Made in Chelsea’ (MIC).’ Aired on the UK’s channel ‘E4,’ Jamie joined the cast in the second season of the series. By then the series has already earned an impressive viewership. Whereas, Caggie forwarded Jamie’s name to the creators and he was soon on board.

In addition, Jamie appeared as the best friend of the protagonist, played by Spencer Matthews. Likewise, Jamie is the second actor from the cast to have appeared in most of the episodes.

In the year 2017, he did a cameo role as a doctor in an episode of the soap opera ‘Hollyoaks.’ Jamie has also appeared in a few reality series such as ‘Celebrity Hunted,’ ‘I’m a Celebrity: Extra Camp,’ and ‘The Great British Bake Off.’ Out of these, the last one was a debacle for Jamie.

Likely, he was mocked for making the worst ever cake in the show’s history. In another episode, the judge of the reality show Paul Hollywood threw away the banana loaf made by the great-grandson of the ‘father’ of the digestive biscuit ‘McVities.’ In fact, Jamie also entertains and makes people laugh through his podcast, ‘Private Parts.’

Jamie’s huge fondness for candies led him to set-up a candy company. He felt that the market had very little variety to offer, and the quality of the candies was also not up to the mark.

Eventually, he gave his business idea the final thought during his university days. He combined three of his loves- candies, fashion, and girls to create the sweet-treat company; ‘Candy Kittens.’ This confectionery line specializes in making gluten-free gummy sweets infused with unusual flavors.

All their products are claimed to be made from real fruit juices. The company later launched a few exotic fruit and vegetable flavors. The factors that make this company unique are the use of natural ingredients, authentic flavors, and attractive packaging.

Besides that, Jamie runs the business along with two of his friends namely Ed Williams and Warren Crane. ‘Candy Kittens’ also offers casual-wears, such as t-shirts and hoodies, designed exclusively by their in-house designers. The company trades online and also has stores all over the United Kingdom.

Talking about his earnings, there isn’t any information about his salary. As per the sources, he has a net worth of around £7.5million.

A few years back, ‘Candy Kittens’ was sued by the advertising regulator, ‘Advertising Standards Authority (ASA)’ for misleading the consumers. All the sweet treats sold by the company were ‘Halal’ certified.

A report generated by ‘ASA’ revealed that some of their sweets contained an ingredient known as ‘cochineal.’ This ingredient is made from crushed insects, whose consumption is prohibited by Islamic laws. ‘ASA’ passed an order to remove the ‘Halal Certified’ text from the wrappers of products.

Jamie Laing has a height of 5 feet 7 inches. His hair color is blonde and his eyes color is blue. There is no information about his body weight, shoe size, and dress size.

Also get to know more about Charlotte Coy, Timothy Dalton, and Natalie Uhling.