He met the famous model Alessandra Ambrosio and they instantly clicked. He is engaged to her at the moment and is likely to get married and make her his wife in the future.

They had been dating since 2005 and welcomed their first child, a daughter, Anja Louise Ambrosio Mazur, a few months after they got engaged in the year 2008.

They have two children. The second child, a son, Noah Phoenix Ambrosio Mazur, was born on 7th of May 2012. The couple has been together for over a decade now and is still doing great and pretty much in love. 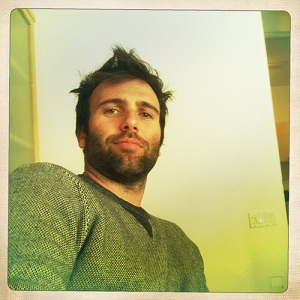 Who is Jamie Mazur?

Jamie Mazur is an American marr. He became much famous for being engaged to the gorgeous Brazilian supermodel Alessandra Ambrosio who is a Victoria’s, Secret Angel. He is the owner and founder of Underground Denim, which sells designer jeans at a wholesale price to college campuses.

Jamie Mazur was born on April 11, 1981, in California, the United States of America. His nationality is American and his ethnicity is Jewish.

Other than his date of birth and place of birth, not much is known about him is known to the mainstream media to date. This includes the info on the whereabouts of his parents, siblings, early childhood days, teenage days, place of upbringing, etc.

Likewise, there is no information about his educational background and qualifications as well.

Nothing much is known about his career. As an entrepreneur, he formed a denim company Underground Denim and operates what is often referred to as ‘Blue Jeans road show’. The company visits over 60 campuses in more than 40 states, selling various brands of designer jeans.

They make the prices affordable so that the campus goers can wear branded jeans at the price of ordinary jeans. His company usually specializes in selling designs produced by brands like Ag, Rock & Republic, True Religion, Blue Cult, among others. Jamie has used his brains perfectly and has earned a lot of profit from Underground Denim. The jeans produced by his company can frequently cost as much as 600 dollars for a single pair. At the age of 33, he has achieved a lot but still has more to do.

Jamie Mazur: Salary and Net Worth

There were rumors that Jamie Mazur and his model girlfriend, Alessandra Ambrosio, were splitting up. It was later found out to be a false one. Other than this, there are no many significant rumors and controversies that surround Jamie Mazur. He has thus, managed to keep his image clean in the eyes of the general public.

Jamie has dark brown hair and brown eyes. Furthermore, Jamie has a height of 5 feet 8 inches.

Alessandra Ambrosio: her ravishing body, her confidence and her superb Ibiza vacation with her fiance and friends!