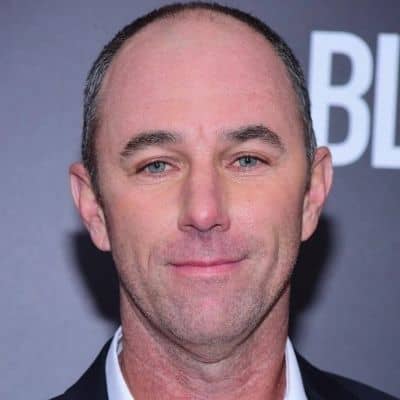 Is Jamie McShane Single Or Dating Someone?

When it comes to personal life of Jamie, there’s a paucity of information regarding it. As the actor has not made any announcements or social media hints about his partner, it is not available,

So, we can safely assume that Jamie McShane is single at the moment.

Who is Jamie McShane?

Jamie McShane is a well-known American actor. He is well known for his appearance in Sons of Anarchy, Films Thor (2011), Southland, Bloodline and The Avengers (2012), and the 2021 series, CSI: Vegas.

In 2022, he played the role of Det. Lankford in the Netflix series, The Lincoln Lawyer, and the part of  Sheriff Donovan Galpin, in the American horror comedy series, Wednesday.

Similarly, he is Caucasian, and according to the astrologers, his birth sign is Cancer.

The actor has not disclosed further info about his family but as per the sources, it is known he has four siblings.

As per his academics, he earned his BA degree in English from the University of Richmond in 1998.

In 1997, Jamie made his acting debut by appearing as Deputy 1, in the film, Macon County Jail. Next year, he was cast in the film, The Census Taker, as Michael Jacoby.

Some his film credit includes:-

Making his small-screen debut, in 2001, he landed as Tactical Crewman, in the American science fiction series, Star Trek: Enterprise.

In the same year, he went on to appear in other series, like, Once and Again, Black Scorpion, Angel, Six Feet Under, Philly, Becker, NYPD Blue, CSI: Crime Scene Investigation, Crossing Jordan, and others.

In the year 2006, McShane portrayed the role of Andrew Dugan in the series, Commander in Chief. The following year, he played Robert Waters in Close to Home, and the role of Timothy Nash, in CSI: Miami.

Recently in 2022, he has been featured on hit two projects. He has been cast as Det.Lankford in the series, The Lincoln Lawyer.

Furthermore, his forthcoming series, Wednesday, is set to release on Netflix on November 23, 2022. In the following series, Jamie McShane played the role of  Sheriff Donovan Galpin.

Some of the series on which he has worked are listed down below:-

Jamie is a well-experienced professional actor. According to various sources, his net worth is estimated to be USD $2 Million approx.

But, his salary and incomes are still under review.

The cast of The Lincoln Lawyer (2022 series), is keeping himself away from unnecessary rumors and controversies.  He has been able to maintain a good and clean profile in the media.

The accomplished actor Jamie stands at the height of 5 feet 9 inches and weighs around 75 kg. Adding more, his body dimensions are 42-35-14 inches, which means his chest size is 42 inches, waist size is 35 inches and hips size is 14 inches.

Moreover, he has a fair complexion, along with a pair of blue eyes and Brown hair.

The Wednesday (2022 series) star, does not seem to be active on social media platforms.