Jamie Theakston is an English television presenter, producer, and actor. He is married and a father of two.

He was in a relationship with Melanie Sykes, who is a TV personality, but the relationship didn’t go well and they decided to separate.

Finally, he got married to Sophie Siegle on September 15, 2007, and the couplets have two sons namely, Sydney and Kit. 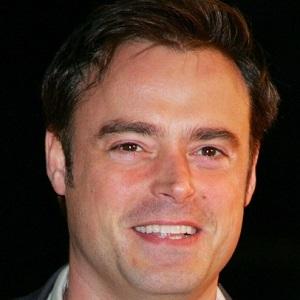 Who is Jamie Theakston?

Jamie Theakston is an English television presenter, producer, and actor. He is well famous for hosting the popular BBC music program Top of the Pops.

This British television presenter also narrated both Motorway Cops and Traffic Cops on the BBC One network.

Jamie was born in Cuckfield, Sussex, England on December 21, 1970. His father’s name is Graham Theakston and his mother’s name is unknown. Also, there is no information about his siblings.

He belongs to British nationality and English ethnicity. His birth sign is Sagittarius.

Talking about his profession, Jamie Theakston has also entertained several television programs for the ITV, BBC, and Channel 4. Likewise, he was spotted by the BBC’s head of sport and presented GLR’s Saturday Sports Show at the age of 23.

Whereas, he then presented numerous shows for Radio 5 Live including Sportscall, The Jamie Theakston Cricket Show, and Sport on Wednesday. Theakston joined Radio 1 in April 1999 to present the Sunday Lunch show. In fact, he fronted the ‘One Big Sunday’ events during 2000.

Similarly, he joined London radio station Heart 106.2 in May 2005, replacing Jonathan Coleman on Heart Breakfast. Besides that, talking about his television career, after presenting The O Zone with Jayne Middlemiss. Likewise, he has most notably hosted Top of the Pops (1998–2003), Live & Kicking (1996–1999), and The Priory.

The latter two shows he co-presented alongside Zoe Ball. Therefore, his other presenting work includes fronting the Glastonbury Festival coverage for the BBC, the Oscars, the Grammys, A Question of Pop, UK Music Hall of Fame, and Guinness World Records.

Moreover, he also hosted the Channel 4 reality TV show The Games alongside Kirsty Gallacher. Likewise, he was also the host of a 2004 game show, Beg, Borrow or Steal. In fact, he also presented the ITV Saturday night show With A Little Help From My Friends.

As a result, he also appeared in a 2004 episode of the ITV series Agatha Christie’s Marple. In fact, he has also played himself in the mock-interview series Rock Profile in which he interviews “celebrities” impersonated by Matt Lucas and David Walliams.

Besides that, he has also featured with Zoe Ball once again in Channel 5’s Britain’s Best Brain series, which aired in October 2009. Likewise, he has also narrated all episodes of Traffic Cops and its spin-off show Motorway Cops.

During August 2013, Theakston along with Emma Bunton presented  ITV’s This Morning Summer on Friday mornings. Since 2015, he has also narrated episodes of Caught on Camera for ITV. During 2016, he presented Dogs Might Fly for Sky1.

There is no information regarding his salary. His net worth is around $ 12.9 million as of 2022.

There was a rumor that he dated a singer named Emma Bunton. Currently, there is no information regarding his rumors and controversy.

On talking about his body measurements, Jamie Theakston has a height of 6 feet 4 inches. Additionally, he weighs is 96Kg. In addition, his chest, waist, and biceps sizes are 42-35-15 inches respectively.

But he doesn’t seem to be active on Facebook.