Posted by MarriedBiography Posted on September 29, 2020 | In Dating , Married
Share this

Jamie Veronica Murdock is the president of Big Cat Rescue, a member of the Board of Directors, and Chair of the Volunteer Committee.

Big Cat Rescue is one of the largest accredited sanctuaries in the world dedicated to abused and abandoned big cats. They are looking after 50 felines live on-site.

She is an Award-winning photographer as per the Big Cat Rescue website. She has been serving in Big Cat Rescue for more than 10 years. Similarly, Jamie has spent many years developing a sponsorship program.

“Jamie is also a licensed wildlife rehabilitator and manages the sanctuary’s bobcat rehab program. She has successfully raised, rehabilitated and released many wild Florida bobcats and leads expeditions into the release sites to track and camera trap wild bobcat populations.”

She runs everything from the administrative side of the volunteer program like processing promotion applications, running hour reports, follow up with volunteers regarding their hours or classes, keeping the coordinators up to date on volunteers in need of training, keeping our policies and training classes up to date. Likewise, Jamie photographs and publishes quarterly on Big Cat Times newspapers.

For the newspaper, she creates all of the print, web advertisements, billboards, brochures, books, donor plaques, and signage. Also, she manages all of the discount offers, reciprocal agreements, and implemented the sanctuary’s worldwide Internship Program.

Also read Is Amber Heard Getting Replaced By Warner Brothers If She Loses Her Trail? Update On Her And Johnny Deep Controversy!

Murdock has raised, rehabilitated, and released many wild Florida bobcats and leads expeditions into the release sites to track and camera trap wild bobcat populations.

“She oversees and handles all rescues, veterinary procedures, transfer of animals on the property, and regulatory compliance issues.”

Similarly, she runs an online gift shop as well as an eBay store and manages Big Cat Rescue’s foster kitten program as well as managing enclosure maintenance, fundraising events, and any online efforts.

Who are Jamie Veronica Murdock’s parents?

Jamie Veronica Murdock is the daughter of Carole Baskin and Mike Murdock. Her mother Carole married her boss Mike when she was 17 years old.

They had Jamie together but their marriage fell apart soon after her birth. Jamie was born on 16th July 1980 in Florida.

It is known that Mike was abusive and possessive of Carole and did not allow her to get a job. Soon after graduation, Jamie started working at Big Cat Rescue. Also, her step-father is Don Lewis.

Who is Jamie Veronica Murdock dating?

Jamie Veronica Murdock married to Dr. Justin Boorstein. They walked down the aisle on 1st December 2012. Justin was a veterinary doctor for Big Cat. But their marriage did not work out. It is said that the couple separated soon after.

At present, Jamie is in a relationship with Victor Alonso. Likewise, there is not much known about Victor. Jamie is not open about her private life.

Carole Baskin is an American businesswoman popularly-known to be an animal rights activist and zookeeper. She is the founder and chief executive officer of “Big Cat Rescue”. 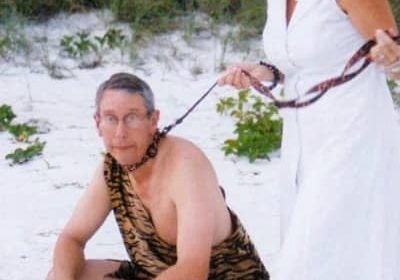