British actor who is now retired. He is popular for his acting in the Harry Potter films series. 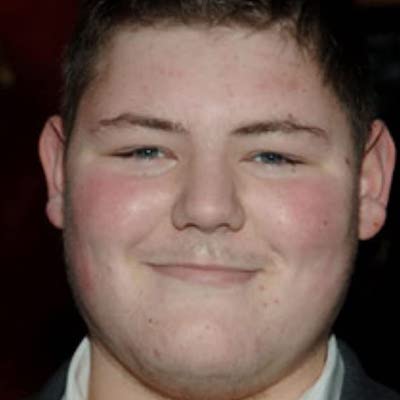 Jamie Waylett’s relationship status at present is possibly single. The data of his current affair or girlfriend is not known.

But in the year 2007, he had a brief fling with Vanessa Lengies.

Jamie Waylett is a British actor who is now retired. He is popular for his acting in the Harry Potter films series.

His last performance was in 2009’s Harry Potter and the Half-Blood Prince as Vincent Crabbe.

His birthdate is 21 July 1989 and he was born in Kilburn, London, England as Jamie Michael Colin Waylett. The name of his mother is Theresa Waylett and his father is Alan.

Jamie’s ancestry is English and has five siblings. Three of their names are Lauren, Robert, plus Richard.

Regarding his academics, he went to Emmanuel Primary School.

When he was 9 years old, he experienced a car accident that caused severe brain damage. But doctors were amazed when they saw the recovering of his full mental faculties.

Jamie Waylett is mostly known for seeing in the Harry Potter films. He first appeared in 2001’s Harry Potter and the Philosopher’s Stone as Vincent Crabbe.

His final screen presence was in the Harry Potter and the Half-Blood Prince that was released in the year 2009. Jamie’s was also featured in TV shows for an episode in The Saturday Show, Holly & Stephen’s Saturday Showdown, plus This Morning.

By the recorded reports of 2021, he has accumulated a net worth of around $500k US. The salary from his brief acting journey is behind the curtain.

In the year 2009, he was arrested for the possession of a knife plus bags of cannabis. He along with his friends were pulled by the police and after inquiry, they found more cannabis plants growing in Jamie’s house.

In their defense, they said those plants are for personal use only. But the court gave its judgment of 120 hours of community service to him.

Moreover, three years back, he was caught using cocaine. Then in 2011, he was arrested for involving in riots for which he served two years in jail.

Jamie Waylett’s height is 6 ft 2 inches and his body weight is average. In addition, he has blue eyes and his hair is in light brown color.