Jan Smithers is an American actress. She is known for the sitcom WKRP in Cincinnati. She was married and has one child. 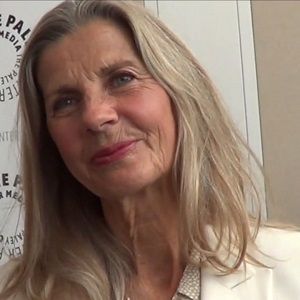 I loved having a career, but when I met Molly, I just looked at her and told her, ‘You need me.’ And she looked at me so innocently. I thought, I have to stay! She changed my life. I really longed to be her mom

My spiritual teachers always say, stay out of politics. But do you know what the byproduct of nuclear energy is?” she asks, then launches into a 10-minute spiel on plutonium. “I am so anti–nuclear energy.

Jan Smithers was a married woman and now is single. At first, she married Kipp Whitman. They married in the year 1971 but their marriage lasted only a year.

After that, she married James Brolin in the year 1986. Similarly, they had a daughter together. The name of their daughter is Molly Elizabeth Brolin.

Eventually, they divorced due to the time issue. They did not have enough time for each other. When she was pregnant with Molly she took time off from work.

Who is Jan Smithers?

Jan Smithers is a former model and actress known as one of the most admired stars in the modeling and acting industry in the past.

She is known for playing Bailey Quarters on the CBS sitcom WKRP in Cincinnati.

She was born on 3rd July 1949 in North Hollywood, Los Angeles, California, the U.S. The name of her parents is not known.

But it is known that her father was a lawyer, while her mother was a homemaker. She had three sisters but she lost her elder sister in a car accident.

Her nationality is American but there is no information about her ethnicity.

Talking about her education, she attended the William Howard Taft Charter High School. Further, she went to the Chouinard Art Institute in Los Angeles, California.

When she was a teenager, Jan Smithers featured on the 21st March 1966 cover of Newsweek seated on a motorcycle. She gained fame after that. Similarly, the photo earned her a broader recognition in the media which led her to pursue a professional career in acting and modeling.

Likewise, after some years, she made her modeling debut. She also debuted in acting 1973, appearing as Barbara in an episode of American dramatic anthology television series, Love Story. On the next year, she debuted on the big screen with the drama film, Where the Lilies Bloom as Devola.

From the year 1978 to 1982, she was the cast as Bailey Quarters in an American Sitcom WKRP in Cincinnati. Her other TV series are The Love Boat, The Fall Guy, Finder of Lost Loves, Murder, and many others.

The estimated net worth of this actress is around $6 million. She might earn a huge amount of money from her career. But she has not revealed her income and salary.

Jan is successful in keeping herself away from any big rumors and controversy.

Jan Smithers has a height of 5 feet 7 inches and weighs around 55 kg. Similarly, her hair color is blonde and she has blue color eyes.

You may also like to read Erica Rose (Actress), Sophie Von Haselberg, and Robert Ri’chard.