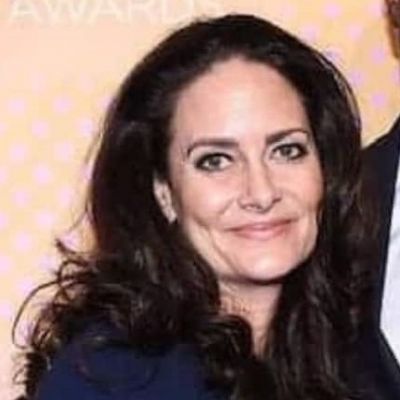 Who is the former husband of Jana Carter?

Jana Carter is single and is not seeing anyone at the moment.

However, she has been in the limelight for being the former wife of her former husband, Van Jones.

She tied the knot with Jones in 2005. The couple has two children, the elder one is Cabral Jones and the younger one is Mattai Jones.

On September 7, 2018, she filed for divorce and they officially split in 2019. Despite the legal separation, the ex-couple has maintained good terms for the sake of their kids as they joint legal physical custody of them.

Who is Jana Carter?

Jana Carter is an American celebrity’s former wife, businesswoman, and activist. She soared to fame after being the wife of Van Jones.

The businesswoman was born in January 1974 in New York, USA. She holds an American nationality and Caucasian ethnicity.

Jana Carter was born to her father, William Alton ‘Billy’ Carter, and mother, Sybil Spires. Her father used to serve as a brewer and politician while her mother is a homemaker.

Talking about her siblings she has five of them. They are named Kim Carter, Marble Carter, Mandy Carter, William Carter, and Earl6 Carter.

Then in 2016, she graduated with a Masters’s degree in Theology from the Bethany Theological Seminary in Indiana.

Initially, she worked at Oakland Unified School District, and later she worked in some law firms. As a director, she was present in Common Ground’s USA Racial Healing Program.

Jana Carter is also a businesswoman who is a co-founder of Kidpacking. It is an online store, that sells camping and hiking equipment.

Her former husband also has accumulated a successful career in the industry.

After getting internships from various universities including UT Martin he then went on to launch and lead several independent, campus-based publications like the Fourteenth Circle (University of Tennessee), the Periscope (Vanderbilt University), the New Alliance Project (statewide in Tennessee), and the Third Eye (Nashville’s African-American community).

From June 2013 to 2014 he was a host of the CNN show Crossfire and was an Administrator advisor of former President Obama. Now he is a commentator on CNN since 2012. Furthermore, he is an author of bestselling books like The Green Collar Economy(2008), Rebuild The Dream (2012) and Beyond the Messy Truth: How We Came Apart, How We Come Together(2017).

All this work and dedication has provided him with various accolade and awards. He has received Time Magazine’s Environmental hero and Elle Magazine Green awards.

Jana Carter has an accumulated net worth of around $750,000. This includes her earnings from her career as an American activist, businesswoman, and non-practical attorney.

Jana Carter has always been in the limelight for being the former wife of Van Jones. Besides that, she has never been part of any serious rumors and controversies.

The Celebrity’s former wife stands at the height of 5 feet 6 inches weighing around 65 kg. Similarly, her body measurements like bust, waist, and hip size are not available at present.

Jana Carter’s facial features include black eyes and hair along with a fair skin complexion.