Janae Collins is a married woman and a mother of a son. The name of her son is James.

Further, she keeps a low-key profile so, not much is known about her married life including her husband. 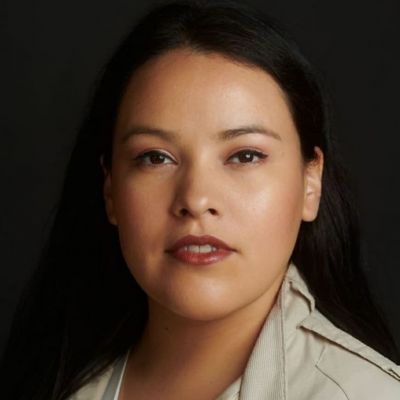 Who is Janae Collins?

Janae Collins is an actress from Montana. She rose to fame for playing a prominent role of Rita Smith in an upcoming film, Killer of the Flower Moon directed by Martin Scorsese.

Janae was born in the year 1988 but her precise birth date isn’t available. According to her birth year, she is 33 years old as of now.

The name of her parents is Rod Rondeaux (father) and Gloria Collins (mother). Her father is a stuntman, actor, and member of the Crow Nation.

Similarly, her mother, Gloria worked as a clinical psychologist for the Indian Health Service. She has also a little sister named Cheyenne Rondeaux.

Talking about her academic background, she went to Hardin Hogh School, graduating in 2006. She then enrolled at the University of New Mexico to pursue an education in psychology.

Further, she is of Montana nationality whereas her ethnicity is unknown at the moment.

Janae began her career through the theater community in New Mexico. She got her first cameo role in an episode of Longmire, a crime drama set in Wyoming. In 2013, she moved to Los Angeles to pursue her film career full-time. During the time, she also worked as a server and bartender to pay the bills and fund acting classes, headshots, and auditions.

She appeared in the 2017 film, Kindred Spirit as The Dakota Woman alongside Cesar Ramos and Brain Cole Roberts. In 2019, she starred in the drama called Fukry where she portrayed the role of Nizhoni. Furthermore, she starred in the movies like In You We Trust, Gunfight at La Mesa, Buffalo in the Room, and Detention.

Janae might have accumulated an impressive amount of wealth throughout her successful acting career.

However, she hasn’t yet revealed her precise net worth, salary, and other earnings in the media.

To date, Janae hasn’t been part of any sorts of rumors and controversy that create a huge buzz in the media.

Talking about Janae’s physical appearance, she has a fair complexion. Likely, she has a dark brown pair of eyes and as well dark brown hair color.

Her height, weight, and other body measurement aren’t available in the media.

The actress is active on Instagram under the username @janaedawnnn where she has more than 8k followers. Similarly, she is active on Facebook.