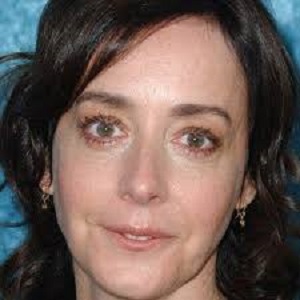 Jane Adams is currently single. Previously, she dated ‘The Pink Panther’ actor, Steve Martin in 1995. They dated for a few months but later separated due to mutual differences. After that, she dated actor, Bobby Cannavale but it did not work as well. She also got separated from him. Bobby is currently in a relationship with Rose Bryne(actress) and she has two children: Jake Cannavale and Rocco Cannavale.

After that, she has not been linked with any other persona and she likes to avoid question regarding her relationship status.

Who is Jane Adams?

Jane Adams is an American actress. She is famous for her role as Tanya Skagle in the HBO series ‘Hung’ from 2009 to 2011. She was nominated for the Golden Globe Award for Supporting Actress on Television for her role in the series, ‘Hung’.

She was born on April 1, 1965, in Washington, D.C., USA. She is currently 54 years old. Her father’s name us William Adams(an engineer) and her mother’s name is Janice(an administrative assistant). She has a younger brother named Jonathan. She was raised with her brother in Wheaton, Illinois, and Bellevue, Washington.

Jane holds American citizenship but her ethnicity is unknown.

She attended the University of Washington and studied political science and the Cornish College of the Arts, and she took theatre from the theatre. Later, she attended the Julliard School’s Drama Division (1985-1989, Group 18) from which she graduated with a Bachelor of Fine Arts in 1989.

She worked in a theatre at the Seattle Repertory Theater initially. Then, she got the opportunity to work with Arthur Miller onstage. Then, she appeared in ‘Father of the Bride Part II’ and went back to the stage.

She appeared as Joy in ‘Happiness’ with Philip Seymour Hoffman in 1998 and portrayed the recurring role on the hit comedy series ‘Frasier’ from 1999 to 2000. Also, she appeared in ‘Mumford’ and in the independent film titled ‘Songcathcer’ in 2001.

She has an estimated net worth of around $1,5 million and she has earned this sum of money from her professional career.

Jane likes to keep her profile low and hence she has not been involved in any types of rumors and controversies in her career.