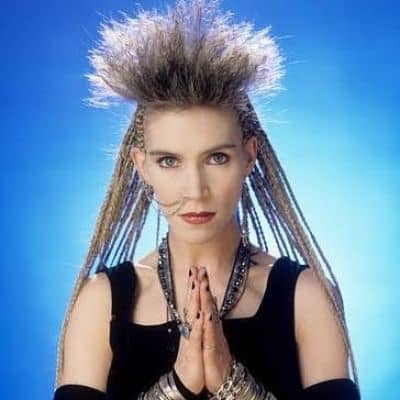 Talking about the love life of Jane Child, Child is happily living in a married relationship with, Cat Gray. Gray is a well-named musical director on Let’s Make a Deal. The couple tied the knot in the year 2004.

Unlike other celebrities, Jane has not disclosed relationship details in the public. Seemingly, she prefers to enjoy her private time without making it public on social media.

Who is Jane Child?

Jane Child was born on 15 February 1967. At present, her age is 54 years old. Likewise, her birthplace is Toronto, Ontario, Canada.

Jane is the daughter of her father, Ricky Hyslop whereas her mother is Lorraine Johnson. Her dad was a great Canadian violinist, conductor, composer, and arranger.

Talking about her nationality, Child holds a Canadian identity whereas her ethnicity is Caucasian. Moreover, she follows the Jewish religion.

In her early days, the singer attended the Canadian Opera Company’s children’s chorus. She also learned piano in her younghood. Talking about her education details, Child is a school dropped-out student. She used to walk along with the touring band and played the synthesizer. Also, Jane performed by singing in their shows.

In her early days, Jane faced some problems while recording her tape. Child negotiates with other labels and finally managed with Warner Bros. Record who agreed to sign her on her own conditions.

Jane Child released her debut album, Jane Child in 1989. It was fully written and produced by Jane herself. She even performed all the vocals and performed all the instruments herself. Because of her musical style and her priority on control over her music, Jane was labeled by the press as ‘the female Prince’

Further, Child is widely famed for the hit single, Don’t Wanna Fall in Love. It reached No. 2 on the Billboard Hot 100 in the year 1990. Likewise, her song also became the big hit on the R&B chart -a rarity for a white artist- reaching No. 6. Earlier, her singe, Welcome to the Real World, also peaked at No. 49 on the Billboard Hot 100.

Going on, Child released her second album in the year 1993 titled, Here Not There. She expanded her R & B sound to mic it with the traces of rock, grunge, and Eastern music. However, her second album faced commercial failure. Post her second album, Jane kept her profile low for the next decade releasing just few songs and collaborated with Japanese artists.

In 2001, Child came up with her third and final album, Surge. She released her own label Sugarwave. Also, she re-recorded the song, “World Lullabye” and sold the single via her website. The singer recorded a cover of Tina Turner‘s, “We Don’t Need Another Hero” in 2004.

Making her own mark in the music industry, Jane has earned a fabulous amount of money working in the music field. She has been active in her profession from the year 1987 till 2007.

It is reported that Jane Child has an estimated net worth of $1 million.

Well-popular singer, Jane has never been part of any controversial matter or rumors till now.

It seems that the record producer favors enjoying her personal life and does not want to merge it with her professional life.

54 years old star, Jane Child is best known for her unique hairstyle, long hair, and admirable personality. She stands at a height of 5 feet 4 inches.

Furthermore, Child has green eyes whereas her hair is blonde. She has pierced her nose as well.