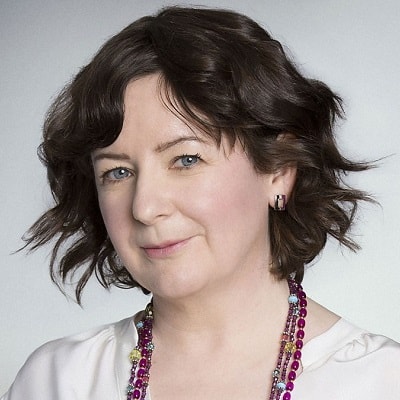 The future is not some place we're going to, but a place we are creating. The paths to it are not found, they are made.

Unfortunately, after almost 10 years of marriage, the couple separated in June 2008 and the divorce was finalized in October 2009.

Who is Jane Garvey?

Jane Garvey is a popular British radio presenter who is currently working on BBC Radio 4’s ‘Woman’s Hour’. Also, she is the co-founder of the weekly podcast series ‘Fortunately’.

She was born on 23 June 1964 in Crosby, Liverpool, England. Her birth name is Jane Susan Garvey. She was born to father Ray Garvey and mother Maureen Garvey (nee O’Neill). Her mother worked as a hospital receptionist. She has a sibling, a younger sister.

Jane holds British citizenship but her ethnicity is unknown.

She attended the Merchant Taylors’ Girls’ School in Crosby, an independent school in Merseyside and then attended the University of Birmingham and graduated in English.

During her early ages, she wanted to become a bus conductress but later, she was inspired by Ray Moore and Janice Long’s show Street Life.

Before she began working as a broadcaster, she worked as a medical records clerk in a finance company, as a trainee for an advertising agency and also had held the job of a receptionist at the hospital where her mother used to work.

Garvey was employed by Radio Wyvern as a promotions assistant and then became the news editor for the company before leaving in 1988.

After that, she then worked for BBC Hereford and Worcester as a reporter.

Furthermore, Jane Garvey was selected to present The Breakfast Show in 1989 at BBC Hereford and Worcester. Her voice was first aired on BBC Radio 5 Live when it launched at 5:00 am on 28 March 1994.

She has won six Sony Gold Awards, shared with Allen for her astounding work in broadcasting.

She must have accumulated a huge sum of money from her career however, she has not disclosed her exact net worth. According to some sources, she earns around $205k per year as her salary. According to the wiki, she earns between £150,000 and £160,000 and listed as one of the top 25 highest paid presenters at the BBC.

There was a rumor regarding the divorce between Jane and her husband and the rumor ended after the couple finally separated.

Jane Garvey has blue eyes and dark brown hair. But, other information regarding her height, shoe size, dress, size, etc. are unknown.