American Jane Hajduk is an actress, voice artist, and producer.

Jane Hajduk is a married woman. Her husband is non-other than the actor and comedian, Timothy Alan Dick (a.k.a Tim Allen).

The wedding took place on the 7th of October 2006 at Grand Lake, Colorado. Before that, they dated each other for five years.

Together, they have a daughter, Elizabeth (Born March 2009). 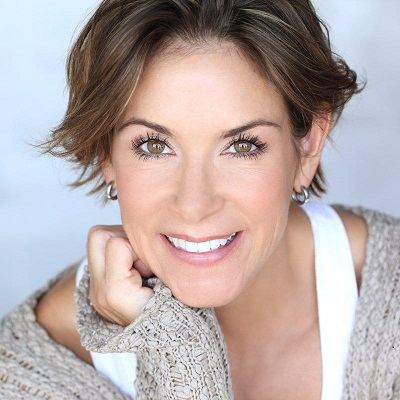 Who is Jane Hajduk?

Jane Hajduk is an actress, voice artist, and producer. She is renowned as Taylor in Zoom, and Judy in Year by the Sea.

Last, in 2018, she appeared in the short, Dirty Little Secret.

Jane Hajduk was born on the 26th of October 1966 in Oil City, Pennsylvania. Her mother, Elizabeth Hajduk, and father, Matthew J. Hajduk are of Hungarian-Polish ethnicity.

Being a private person, she has not shared details regarding her academics and siblings.

Professionally, Jane Hajduk started her career as an actress in 1993 with the movie, Sex Crimes. In the crime-based movie, she appeared in the character of Angela.

Moving forwards, two years later, she featured in the short movie, Nothing Man as a Maegan. The actress does not make her appearance on a regular basis. However, her significant movies include Zoom, Ovation, and Year by the Sea.

Also, the actress is popular with her short movies like Nightmare, Unintended, and Dirty Little Secret.

Talking about her production works, she has only produced short movies. That includes short movies like The Watch and Unintended.

Also, she has contributed the voice of Sharon Carter in the video-game, Ultimate Spider-Man.

Apart from that, she also makes through her production works too.

Talking about net worth, her husband, Tim Allen has an estimated net worth of $100 million. Per episode, he is paid around $235k.

Till the date, she has not been through any sort of controversy that created headlines in the media. Also, she has managed to stay far from any rumors related to her.

Jane Hajduk has brown eyes with brunette hair. Her height is 5 feet 9 inches and weighs around 63 kg. Her body measurements are 33-23-33 inches.