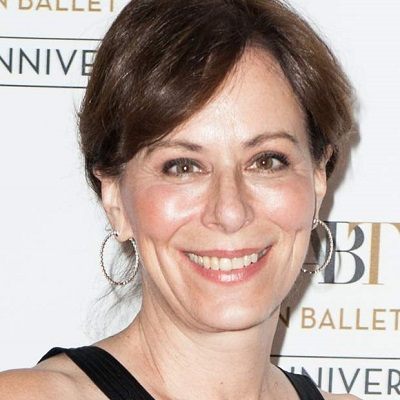 Look, you can get yourself cut and stitched, or you can get a good girdle. The day before my first Emmy show, I went to Sears and bought a really good girdle. And I've worn that thing to every single awards show since!

Student teaching is the hardest job there is. Secondary school kids didn't want to be there. I skipped out one afternoon and went to the mall, and there were some of my students there. But they couldn't report me, could they?

Previously, she was married to the actor, Bradley Whitford. The wedding took place on the 15th of August 1992.

In June 2009, the couple announced their separation. Later, in October 2010, their divorced got finalized.

Who is Jane Kaczmarek?

American Jane Kaczmarek is an OFTA Television Award-winning actress. She is renowned as Lois of the TV series, Malcolm in the Middle.

Last, in 2020, she appeared in the series, Mixed-ish as Eleanor.

Next, she will make her appearance in the short movie, 2 Timers as Diva. As of now, the short is completed and waiting to be released.

Also, she is busy with her upcoming movie, Killing Eleanor. In the movie, she will be portraying the character of Martina Grillo. Currently, the movie is in the stage of being post-produced.

Jane Kaczmarek was born as Jane Frances Kaczmarek on the 21st of December 1955 in Milwaukee, Wisconsin. She is of Polish ethnicity.

Her father, Edward Kaczmarek used to a US Department of Defense worker. Whereas her mother, Evelyn Kaczmarek-Gregorska is a teacher by profession. She was raised in Greendale as a roman catholic.

She has three siblings including two brothers; Jim and Bill Kaczmarek and a sister, Mary Kaczmarek. She happens to the eldest among them. Jim and Bill are teacher and entrepreneur by profession. Whereas Mary works for an internet company.

Talking about her educational background, she graduated from the University of Wisconsin–Madison with Honors in the theater.

After that, she joined the Yale School of Drama in New Haven, Connecticut. At the time, she used to be part of the school’s theater company.

In 1982, she entered the TV industry the TV movie, For Lovers Only as Margie Spoleto. After the movie, she made her appearance in the various TV series like Hill Street Blues, The Paper Chase, and Hometown. In the time interval, she appeared in various movies too.

Also, she featured in various theater plays for Boadway including Lost in Yonkers and Raised in Captivity. Also, she won the L.A. Drama Critics Circle Award too.

Moving forwards, she appeared in numerous TV series. However, she is famous for the TV series, Malcolm in the Middle. The comedy series is based on a dysfunctional family. In the series, she portrayed the character of the mother, Lois of the family. Till 2006, she made her appearance in overall 150 episodes for the series.

After that, she featured the TV series like Help Me Help You, The Simpsons, and Us & Them. Besides series, she is also famous for the movie. Some of her movies include 6 Balloons, CHIPS, and Lost on Purpose.

As of now, she has managed to maintain her dignity as an actress. Till the date, she has not been through any sort of controversy that created a buzz in the media.

Besides that, she has managed to remain far from any type of rumors too.

Jane Kaczmarek has brown eyes with brunette hair. She stands at a height of 5 feet 6 inches and weighs around 65 kg. Her body measurements are 32-26-32 inches.