Jane Sibbett is an American TV and movie actress and comedian. She was married to Karl Fink. Currently, she is single and a mother of 3 children.

Jane Sibbett was previously married to her ex-husband, Karl Fink. Karl Fink is an American Tv writer and producer who is known for his work on the Fox television series, Herman’s Head. 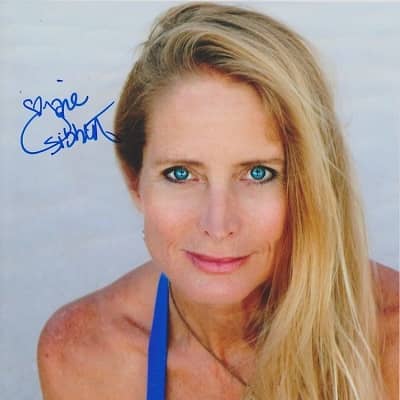 Who is Jane Sibbett?

Jane Sibbett is an American TV and movie actress and comedian. She has appeared in various films, tv series, and big stages. Likewise, she is famous for ‘Carol Willick’ in the American Television Sitcom Friends and ‘Jannicke’ in the Fox television series, Herman’s Head.

Jane Sibbett was born in Berkeley, California, the U.S on November 28, 1962. As of 2021, she will celebrate her 59th birthday. Her full name is Jane Moore Sibbett.

She was raised up by her mother, Gaines Sibbett, and her father, William Ryan Sibbett IV. However, she has not opened much about her parents yet. Likewise, she was the youngest of five children of her parents. Her paternal grandfather and grandmother were William Ryan Sibbett and Sadie R. Bishop respectively. Jane was interested in acting and movies since her childhood.

She is of American nationality and her ethnicity is Mixed (English, Scottish, Irish). Similarly, her birth sign is Sagittarius.

Talking about her education, she first joined Rio Americano High School in 1980 for her schooling. For her further studies, she studied Theatre Arts at the University of California, Los Angeles.

Jane made her professional acting debut aged 24 years when she acted Jane Wilson on the NBC soap opera ‘Santa Barbara’ in 1986-87. Altogether, she has 54 television appearance credits. Moreover, she has portrayed the role of Laurie Parr in the 1989–1990 American Sitcom, ‘The Famous Teddy Z.’ She appeared in 20 episodes of the sitcom. Her role in the series got high recognition and was much appreciated by the audiences and critics. Some of her Tv series appearances are:

and many others. Besides, TV series she has acted in the 1985 film ‘Promises to Keep’ in the role of the character Libby. Similarly, she also appeared in the film, The Resurrected as ‘Claire Ward.’ Moreover, she has also co-produced four documentaries on Braco, a Croatian faith healer, with her company, Wild Aloha Studios. Some of her other movie appearances are:

among others. Moreover, she currently works at the Works at 1736 Family Crisis Center that is located in Los Angeles,California.

Of all her acting, movies, and dedication, why not Jane has a net worth of around $2M. Likewise, Jane is a dedicated and hardworking person who focuses on her professional career.

Sibbett won the Editor’s Choice Award for Friends at the 2000 TV Guide Award. 2 years prior, she was nominated for Soap Opera Digest Award in 1998 for Outstanding Newcomer: Daytime for Santa Barbara. However, she didn’t win that time.

There are no rumors and controversies about her personal life or professional life. Likewise, Jane is a dedicated and respected personality who tries to mark her place in the showbiz industry.

Jane stands at 5 feet 7 inches tall and weighs 59 kg. Similarly, she has a slim-shaped body. She has long silky blonde hair and ocean blue color eyes.