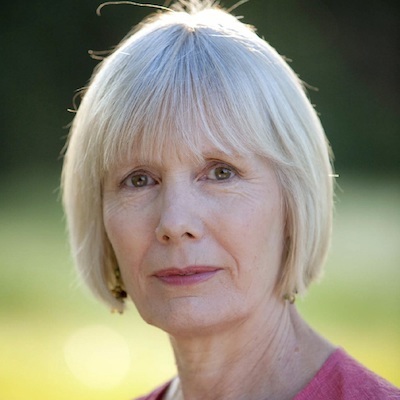 I’m relieved that I don’t have to be the nicest person in the world any more! That’s a heavy burden to carry. I want to be completely evil now, a really bad person with no redeeming features and a terribly good cook!

John Nettles and I had worked together before on All Men Are Mortal (1995) and we got on well together. Joyce became known as ‘the nicest woman in the world’ and I think that’s good because playing her brought a lift to the viewers’ day.

What is the relationship of Jane Wymark?

Jane Wymark is a married woman. She has been married to Paul Howson in an intimate wedding. Paul is a veteran Detective chief inspector. The date of marriage is not available.

She met Paul when she did a British Council tour of Tunisia whilst he was posted there through his job. Due to his work, the couple has traveled to several countries including Bangladesh and Denmark.

Furthermore, they have two sons. Both his kids are film producers. And the husband and wife reside in London.

Who is Jane Wymark?

Jane Wymark is a British actress who is best recognized for her role as Joyce Barnaby on the ITV series Midsomer Murders’.

Wymark was born on October 31, 1952, in Paddington, London, England, UK. She was born to her father Patrick Wymark and mother Olwen Wymark.

Her mother, Olwen was an American writer and playwright and her father was a British actor. His father acted in Shakespeare’s plays. Hence, she is glad that her parents were in the same field.

She grew up along with three siblings: Tristram Wymark, Dominic Wymark, and Rowan Wymark.

She joined the Maria Fidelis Catholic School, in the London Borough of Camden, England, and later, joined the University of Birmingham in Edgbaston, Birmingham.

Initially, she made her appearance in the three 1975 episodes of the television series ‘Rooms’.

She came into the limelight after she appeared as Morwenna Chynoweth Whitworth in the 1970s BBC television period drama Poldark (1977).

Also, she appeared as Joyce Barnaby (1997–2011) in the ITV detective series Midsomer Murders.

Moreover, she made her appearance in UK television dramas such as ‘The Bass Player and the Blonde’, ‘Dangerfield’, ‘Pie in the Sky’, and many more.

Likewise, portrayed the role of Jill Mason in the Birmingham Rep production of Equus.

It seems Jane has not been awarded and nominated for her work to date.

The talented actress might have attended some reputed colleges and universities but she has not disclosed their names. Her net worth is  $1 million $2 Million.

Jane likes to keep her celebrity status and has not been involved in any rumors and controversies in her personal and professional life.

Jane Wymark has a very fair complexion. She has a height of 5 ft. 5 inches and weighs is 65 kg.

Also, she has brown eyes and blonde hair. But, information about Jane’s body measurement, shoe size, dress size, etc. is not available.

To know more about Matt Baker, Merritt Paterson, and John Early, please click on the link.

What is Jane Wymark doing now?

She is busy with the play A View From Islington North.

Who is Jane Wymark's father?

His name was Patrick Wymark.

Did Jane Wymark have children?