Janeen Damian is a producer and writer best known for her work in 'Hot Tamale', 'Moondance Alexander', and 'Basic Instinct'. 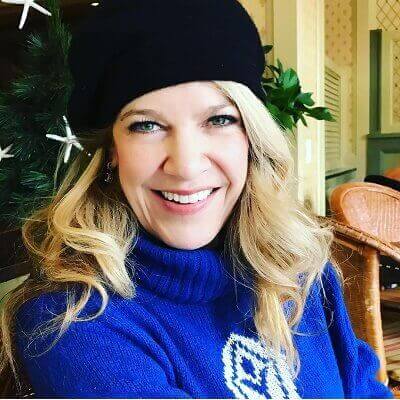 Janeen Damian is a married woman. She is married to Michael Damian. Her husband is an American actor, recording artist and producer famous for his portrayal of Danny Romalotti on the American soap opera, The Young and the Restless.

The couple exchanged wedding vows on 18 June 1998 and has been going strong up till now. The two write and work together on producing movies and have made a great duo in the film industry. They are dating from 2 years since 1996 before deciding to exchange wedding vows.

Janeen and Michael presently do not have kids despite them being married for more than 20 years. This doesn’t seem to bother them that much as they are still happy together and have also said that they are open to the possibility of kids. Janeen hasn’t shared anything regarding her previous relationships up until this point.

Who is Janeen Damian?

Janeen Damian is an American producer and writer best known for her work in ‘Hot Tamale’, ‘Moondance Alexander’, and ‘Basic Instinct’. She writes and produces movies as a partner along with her husband Michael Damian.

Janeen Damian was born on July 17, 1961, in Los Angeles, California. As of June 2020, her age is 58. She was born to father James Best and mother Jobee Ayers as one of their three children. Damian has a brother named Gary and a sister named Jojami.

She spent her childhood days in Los Angeles. As for her ethnicity, she is of Caucasian ancestry.

Talking about her education, she studied at Balanchine’s School of American Ballet after receiving a scholarship there. Other than this, other institutions where she studied are not known.

After graduating from the school of American Ballet, she joined the TV series Solid Gold which featured dancing and popular music. She was cast as a dancer there and after Solid Gold, she involved herself more in movies as can be seen by her role as a stuntwoman in Basic Instinct.

Later on though, after her marriage with Michael Damian, she became a partner with him in writing as well as producing movies. She co-wrote and produced Hot Tamale and Moondance Alexander along with her husband. Hot Tamale earned them a total of a win at the Boston International Film Festival as the best narrative feature and a festival prize at the Dixie Film Festival and Moondance Alexander won them a festival prize at Dixie as well as a Feature Film award at the Newport Beach Film Festival.

Her husband, Michael Damian is an American actor, recording artist and producer famous for his portrayal of Danny Romalotti on the American soap opera, The Young and the Restless.

Though Janeen hasn’t made the information regarding her net worth and salary public until now, some notable online sites estimate her net worth to be approximately $1 million to $5 million based on the works she currently does and has done in the film industry. There is no information about her annual salary but on average, a producer in America earns around $6ok per year.

Janeen Damian stands at a height of 5 feet 8 inches. She hasn’t made the information regarding her weight and body measurements public. However, we do know that she has straight blonde hair and dark brown eyes.

Janeen Damian has not been involved in any controversies. She has been able to keep herself away from any type of controversy and scandal. So far, she has not done anything controversial in her career. Similarly, there are no rumors about her of any kind. She has simply focused on her career and personal life.

You may also like to read the Bio, Career, Body Measurements, Net Worth, Social Media, Relationships, and more about Michael Damian, Michael Tucker, Alexandra Astin, etc.