Janelle Brown is a married woman. She is married to Kody Brown. The pair were introduced to each other by Meri Brown and the couple got close soon.  The pair got spiritually married on January 20, 1993.

Other than Janelle, Kody has three other wives, Meri, Christine, and Robyn. The family lives together. In total, Kody is the father to 18 children from his four wives.

From their marriage, the couple has six children together, four sons and two daughters. Their four sons are Logan Taylor, Hunter Elias, Robert Garrison, and Gabriel. The names of their two daughters are Madison Rose and Savanah.

Their daughter Madison is married to Caleb Brush since June 4, 2016, and the couple has two children from their marriage, their son, Axel James Brush, and daughter, Evangelynn Kodi Brush.

Their son Logan is also engaged. He got engaged to Michelle Petty on September 15, 2017.

Previously, Janelle was married to Adam Barber. The couple exchanged wedding vows in Salt Lake City, Utah, in December 1988. However, they divorced in 1990 for unknown reasons. 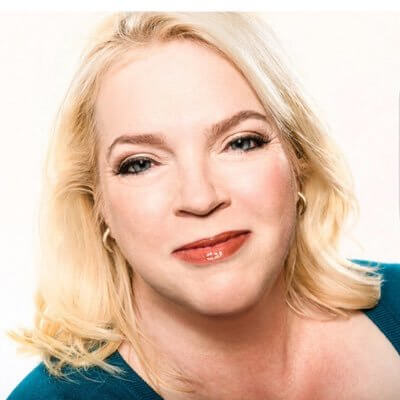 Who is Janelle Brown?

She was born to her parents,  Robert Brown(father) and Sheryl Usher(mother). She spent her childhood days with her sister, Carrie.

Her childhood was not easy. Her father died when she was just three years old and her mother married Merlin Fryer. However, their marriage did not last long and they divorced.

She then married Kody Brown‘s father, Winn Brown which made him both her step-father and father-in-law.

Talking about her education, she attended Bountiful High School.

Janelle Brown has an estimated net worth of around $400k. Talking about her salary, an average actress in America earns around $40k per year.

In the show, Sister Wives, the whole Brown family earns around 10% production budget of an episode of the series which totals around $25k-$40k.

The Brown family has a total net worth of around $1.6 million.

During the show’s premiere in 2010, the family became the subject of a police investigation. The investigation was regarding violation of Utah’s bigamy laws, which have strict rules about cohabitating with someone else while you’re married to someone else.

After this, the family moved to Nevada, where they felt ‘they could live more openly and with more religious freedom’.

The investigation was dismissed in 2012, but the family’s legal battles continued.

They pursued their lawsuit against Utah and claimed that the state’s bigamy laws violate their constitutional rights to due process, free exercise of religion, freedom of association, equal protection, and free speech.

Also, there were rumors that the show was fake and not a reality show according to some people. However, they dismissed such rumors and claimed that the drama is real.

Janelle Brown appeared in Sister Wives since the show’s premiere on September 26, 2010. The program shows the lives of the polygamist family of Kody Brown, his four wives Meri, Janelle, Christine, and Robyn with their 18 children.

The series began with the family living in Lehi, Utah, but moved to Las Vegas, Nevada, in 2011 due to legal issues and again moved to Baderville, Arizona in mid-2018.

However, since then, she has lost weight by going to the gym. Similarly, there is no information about her body measurements for breasts, waist, and hips.

Janelle is active on social media sites. She has around 167.4k followers on Twitter.

You may also like to read the Bio, Career, Body Measurements, Net Worth, Social Media, and more about Kirk Norcross, Charlotte Crosby, Jason Hoppy, and more.