Janelle Monáe is an American singer-songwriter, rapper, actress, and record producer. She is signed to Atlantic Records.

There is not much information regarding the relationship status of Janelle Monáe at present.

In one of her interviews with the London Evening Standard, she stated that she “only dates androids” which is a reference to her musical alter-ego found in many of her songs.

She has stated that she wants both men and women to “still be attracted to her” and has expressed support for the LGBTQ community.

Janelle was reported to be seeing British F1 racer Lewis Hamilton in 2015 after they were spotted together in Paris attending numerous events during the Paris Fashion Week.

She was also rumored to be in a relationship with actress Tessa Thompson in 2018. But neither of them has clarified their affair. 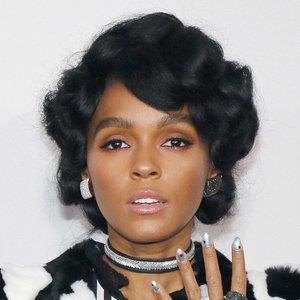 Who is Janelle Monáe?

Janelle Monáe is a successful American singer, actress, songwriter, and model. Janelle Monáe has six Grammy Award nominations to her name and has appeared in notable movies including Hidden Figures and Moonlight.

The genre of music that she has been involved in includes Psychedelic soul, funk, soul, and pop among others.

Janelle was born in Kansas City, Kansas on December 1, 1985, as Janelle Monáe Robinson. Her parents are a janitor’s mother, Janet, and a truck driver’s father, Michael Robinson Summers.

She spent most of her early years in Kansas and always dreamt of being a singer and a performer.

Her nationality is American and her ethnicity is All-American.

She founded the Wondaland Arts Society after moving to Atlanta, Georgia in 2001.

Janelle’s first EP ‘The Audition’ was released in 2003 which was not highly successful. She was then part of another album ‘Idlewild’ and was featured on the songs “Call the Law” and “In Your Dreams”.

She later signed to Bad Boy Records in 2006 and her first solo work, titled Metropolis was released in 2007.

In 2010, her debut full-length album, ‘The ArchAndroid’, rose to No. 17 on the Billboard U.S. album chart and received a Grammy nomination. Her follow-up album was The Electric Lady (2013).

With her beautiful and powerful voice and boundless creativity, Monáe soon became a rising star in contemporary R&B.

After only having released her debut album, she received two Grammy nominations which showcased her immense talent and versatility in her.

Janelle’s acting debut came recently after she was part of the critically acclaimed drama Moonlight. She also appeared as Mary Winston-Jackson in the 2016 biopic Hidden Figures.

This singer has 15 wins and 31 nominations to her name for her involvement in numerous movies and television series.

She won the AAFCA Award for her performance in Moonlight and was nominated for EDA Female Focus Award recently.

Although the exact salary of Jenelle is not known. But her net worth is estimated to be around $10 million.

Janelle was rumored to have been involved in a relationship with American rapper MC Lyte. She became part of a controversy after a video surfaced of Kim Burrell making anti-gay statements at her church.

This controversy was later addressed by Janelle at the Golden Globe Awards.

Additionally, she has a body measurement of 33-25-34 inches.

Furthermore, she has around 615k subscribers on her YouTube channel.

Beauty Hack of the stunning actress Janelle Monae! Monae’s Make up, beauty secret and more about her career including her cast in the new