Janelle Pierzina is a married lady.

She is married to Jess DeSanto. They exchanged vows on June 12, 2010. She was thereafter blessed with three children. Violet Anne DeSanto, her first child, was born in December 2011. Lincoln William DeSanto, her second child, was born in August 2013. In September 2014, she gave birth to a baby daughter named Stella Rose DeSanto. 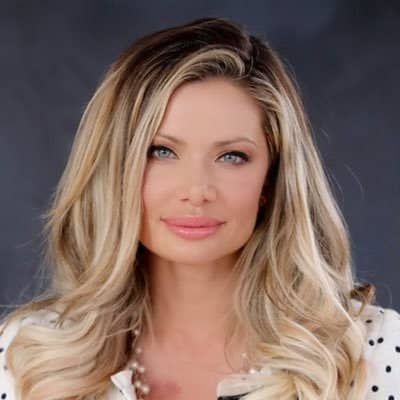 Who is Janelle Pierzina?

Janelle Pierzina is a model, cocktail waitress, and reality television star from the United States. She is most known for her participation in Big Brother‘s sixth, seventh, fourteenth, and twenty-second seasons, as well as The Amazing Race’s thirty-first season. Her best films are 2003’s Bruce Almighty and 2002’s Like Mike.

Janelle Marie Pierzina was born on 10 January 1980 in Grand Rapids, Minnesota, US. She holds American citizenship and belongs to the white race.

she has not revealed her parent’s and siblings’ details to the local people.

She graduated from Grand High School in 1998. She later went on to attend her alma school, the University of Minnesota Duluth, where she earned a degree in communications.

Pierzina was one of the fourteen Big Brother 6 competitors. Janelle’s hidden companion on the reality program was her old roommate Ashlea Evans. Janelle finished third, although she was evicted on Day 76 on September 16th, 2005.

She later appears in Big Brothers 7: All-Stars. She moved in on July 3rd, 2006, but departed on Day 67. In addition, on September 12th, 2006, Pierzina was chosen the winner of final America’s Choice poll.

Janelle hosted the Big Brother 8 house’s Power of Veto game in September 2007. Then again he returned to Big brothers 8 house to participate in the week’s food competition.

Then in 2009, Janelle returned to Big brother for a roundtable discussion of Big Brother 11. He again returned to the Big Brother house show’s 14 the season in 2012 but was the fourth contestant evicted. Pierzina earned the VH1 Big Reality Star of ’06 award following her performance on Big Brother All-Stars.

She competed in the 31st season of The Amazing Race with her partner Britney Haynes, who was also a Big Brother competitor. They were the race’s fourth team to be eliminated.

Pierzina was named as a houseguest for Big Brother’s 22nd season, which is also the series’ second All-Stars season, in August 2020. She was the third participant to be sent off the show.

She is working as a real estate agent for Edina Realty.

Her whole net worth is $1 million. She earns her primary source of income from her career. Janelle has not shared her annual income.

Janelle is 5 feet 9 inches tall and weighs 54 kg. Her breast, waist, and hip measurements are 34-25-35 inches, respectively. She typically wears a shoe size of 9 (US) and a dress size of 8  (US). She has a 34B bra size. Her look consists of blonde hair and blue eyes.