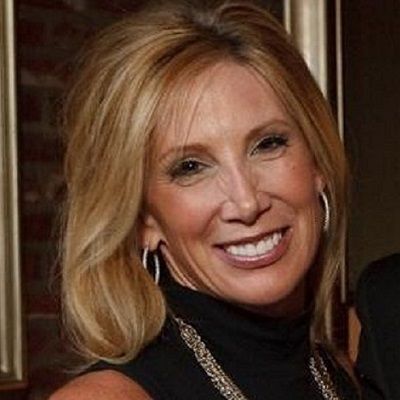 What is the relationship of Janet Elway?

Janet Elway is a married woman as she has been married twice. At present, she is the wife of the financial advisor Kevin Kretzmar but their wedding details are unknown.

Her husband is the branch manager for Summit Brokerage Services and also the President of Centennial-based Save Money.

Previously Janet was married to a famous American Football quarterback John Elway. They started dating each other when they were studying at Stanford University. They walked down the aisle in 1984 when John entered the NFL.

The former couple is the parents of four children Juliana, Jessica, Jordan, and Jack. Her daughter Jessica is also a student at Stanford University and Jordan studies at Virginia University.

At a time Janet’s son Jack was the subject of a domestic abuse allegation. He was accused in 2014 of acts of violence against his girlfriend.

Jack and his girlfriend got into a verbal fight which further turned into a physical one.

His girlfriend’s knee got injured. Jack was arrested but later bailed by her ex-husband.

Who is Janet Elway?

Janet Elway born Janet Buchan is famous for being the ex-wife of the former American Football quarterback John Elway. She is a world-class swimmer at Stanford University.

At present, Janet is married to the Finance and Investment advisor Kevin Kretzmar.

Janet was born on 17th February 1961 in Seattle, Washington, United States. She was raised in the Washington region by her father and mother.

She belongs of American nationality and belongs to Caucasian ancestry.

Similarly, she was educated at Woodrow Wilson High School in Tacoma. Janet attended Stanford University and graduated from there in the year 1983 with a bachelor’s degree in Sociology.

During University, she joined the swimming team and she was announced as a world-class swimmer over there.

Janet was on the swimming team when she was at her University. She won six state championships during her university time which were two each in the 500-yard freestyle, 200 individual medley, and two in relays.

Similarly, she is the gold medalist in 400-meter IM at the 1979 World University Games in Mexico City. In the year 1980, she led Stanford to its first national women’s swim title.

She has a national record in 400-meter IM and was a high-point winner in the Association of Intercollegiate Athletics for Women (AIAW) meet.

Likewise, she was inducted into the 2005 hall of fame for Tacoma-Pierce County Sports and Pacific Northwest Swimming.

After they divorced Janet from John, she started a new journey and started giving more time to her passions. She has been on six different boards in Denver most of which is a charitable organizations.

Similarly, she volunteered at a halfway house and started a fundraiser known as “Janet’s Camp” in her backyard. The fundraiser helped kids to get into YMCA summer camps.

How much is the net worth of Janet Elway?

Likewise, after her divorce from John, she received a good amount of money. She planned to open her home to charitable fundraisers which she received during the divorce settlement. The house is built on 17,000 square feet of land.

Is Janet Elway involved in any rumors and controversies?

This former wife of John Elway is not surrounded by any scandals. But her divorce case with him was the highlight of the median.

Janet’s hair color is blonde and her eyes color is black. Similarly, her height and weight are of average size.

You may also read the age, education, career, net worth, and body measurements of Geoff Huegill, Missy Franklin, and Mark Spitz

How many children did Janet Elway have?

What does Janet Elway's second husband do?