Actor Janice Crystal is married and a mother of two.

Janice is currently married to her husband, the popular actor Billy Crystal. The two first met as teenagers in the late ’60s at Malibu Beach Club in New York.

They soon started dating and after almost a decade of staying in a relationship, the two got married. Their marriage took place on the 4th of June, 1970 in a secret ceremony with a small number of guests.

Janice and Billy had their first daughter Jennifer Crystal Foley on January 26, 1973. And later on the 21st of October 1977, they had their second daughter Lindsay Crystal. Jennifer is already married and has 2 daughters of her own. And Billy and Janice are frequently seen spending time with their two granddaughters.

The couple recently celebrated their 50th anniversary in 2020 and their marriage is doing great even now. 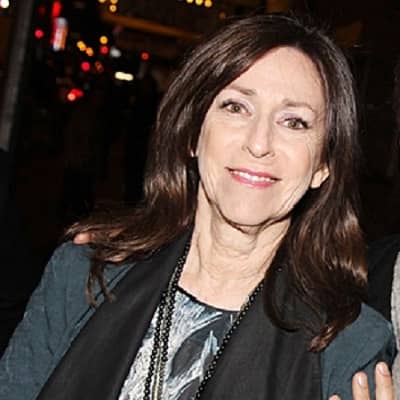 Who is Janice Crystal?

Janice Crystal is a popular American film producer, actress, and celebrity wife. She’s has worked in projects such as Midnight Train to Moscow, My Uncle Berns, and Billy Crystal: 700 Sundays.

She is also recognized as the loving wife of popular actor Billy Crystal.

Janice Crystal; birth name Janice Louise Goldfinger; was born on the 16th of March, 1949 in New York City, New York, USA. As of now, her age is 72. Her nationality is American but she has not revealed her ethnicity yet.

Janice has not shared much about her parents, not even their names. Her childhood is also mostly a mystery as she has not revealed any details about it. She might also be a single child as nothing is known about her siblings.

Talking about her education, Janice studied at Nassau Community College. She hasn’t revealed what degree she graduated with or when she graduated as of now.

After college Janice worked in the film and TV industry, mostly behind the set. She worked as the film producer for a number of movies and also acted in some roles. Janice also had a lot of support from her husband Billy while working in the entertainment industry. Through the years, she has worked in popular projects such as My Uncle Berns, Midnight Train to Moscow, and Billy Crystal: 700 Sundays.

Talking about her husband, Billy has had an illustrious career as an actor. He was a household name in the 70s and 80s thanks to his role of Jodie Dallas in the sitcom Soap and also as the frequent host of Saturday Night Live.

Billy has also portrayed iconic characters in movies such as When Harry Met Sally…, The Princess Bride, and Rabbit Test. And he has received a lot of recognition for his work as he has won a number of major awards and nominations over the years.

As of now, Janice’s net worth is estimated to be in the range of 100k to 500k U.S. dollars. She has not shared anything regarding her annual salary. Moreover, she also shares a net worth of 60 million U.S. dollars with her husband Billy Crystal.

Janice has not been a part of any negative rumors or controversies as of now. Rather, she and Billy are a prime example of a happily married couple who have made their marriage work in Hollywood.

Janice stands at a height of 5 feet 3 inches tall and her weight is approximately 55 kilograms. She has a great and slim figure even at her age and she is quite pretty too.

Her body measurements are 34-30-34 inches. Her hair is dark brown and her eyes are brown in color.

Janice is not currently active on any social media platforms.

Get to know more about the lives of Isla Johnston and Marie Reyes as well.

What does Janice Crystal do?

Who is Billy Crystal's wife?