Janice Dean is a Senior Meteorologist on Fox News Channel. Also, NYT bestselling author of Mostly Sunny. Janice is married and a mommy of two kids. 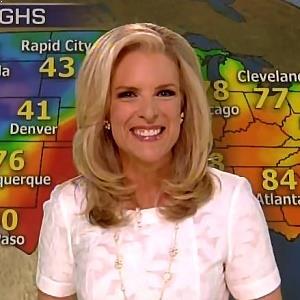 It looks like the guy just wants to be a celebrity. He doesn’t want to be a governor. He wants to hang out with his buddies Bobby De Niro (and) Billy Crystal.

Governor, if you want to be a celebrity by all means. Go to Hollywood and let somebody else take over.

Talking about the relationship status of Janice Dean, she is married to NYC firefighter Sean Newman.

The couple got into a married relationship after their engagement in 2007.

They have been blessed with two children, Matthew and Theodore.

Matthew was born on 24 January 2009 and Theodore was born on 9 February 2011. They are living a happy married life with their children.

Who is Janice Dean?

Janice Dean is a Canadian television meteorologist who is best known for her appearance on the Fox News Channel and Fox Business Network. She is also commonly known as the Janice Dean, the Weather Queen.

Janice Dean is reportedly a possible candidate against Gov. Andrew Cuomo and she is being urged to run in 2022 if he again intends to run.

Janice Dean was born in Toronto, Ontario on May 9, 1970. She has Canadian nationality and her ethnicity is Caucasian. She was raised in Ottawa. There is information on her parents and siblings.

She received an honors diploma from Algonquin College in Radio & Television Broadcasting.

Dean began her career journey working as a morning show host and reporter at Ottawa-based radio station ‘CHEZ-FM’. She was also a disc jockey at CHEZ-FM. But before that, she was a Canadian By-Law Enforcement Officer where she worked writing parking tickets and chasing dogs.

In 1997, she became an on-camera weather forecaster at the television station ‘CBOT’. She became the news editor and entertainment reporter for ‘Imus in the Morning’ and then joined Fox Network in January 2004.

She was also a weekend on-air traffic reporter for WCBS-TV in New York City and appeared as an occasional guest on the Fox News show ‘Red Eye w/ Greg Gutfeld’.

In 2005, Dean was diagnosed with a chronic autoimmune disease that attacks the protective outer sheaths of the nerves, Multiple Sclerosis (MS).

Her success in her career path has paid her well financially. Her net worth is $4 million according to the sources. Her income as a presenter is $1 million.

Television meteorologist Janice Dean has neither been into any rumor nor controversial sufferings in her life.