Posted by MarriedBiography Posted on January 15, 2019 | In Career , Interesting Facts , Married
Share this

Maggie Wheeler was born as Margaret Emily Wheeler on August 7, 1961, in Manhattan, New York, U.S. She is the daughter of Barbara and John Jakobson. Her mother, Barbara is a writer whereas her father, John Jakobson started his career on Wall Street as one of youngest members of the New York Stock Exchange.

There are no further details about her siblings or childhood days. As a child, Maggie was raised in a secular Jewish household. Talking about her educational background, there is no information regarding this matter.

Maggie is a married woman, she is married to her longtime boyfriend, Daniel Borden Wheeler. The couple got married back in the year 20 October 1990. As of now, they are still living their married life with their two children. The names of their children are not known. It seems her personal life is balanced for a long time.

Also read: Courteney Cox is happy being in a relationship with fiance Johnny McDaid, and says would love to have a child with him!

Maggie Wheeler’s auditioned for the role of Monica Geller in Friends, an American sitcom, it’s first episode was broadcast on September 22, 1994, and it came to the end on May 6, 2004.

This character is a recurring character who was a frequent love interest of the main character Chandler Bing played by Matthew Perry.

Talking about her film career, she made her first movie appearance in the year 1982 in Soup for One for the role of Nurse.

More into acting in Television

Her acting showed her parts in television series, Maggie has worked in so many television series. Initially, she appeared on The New Show for 8 episodes in 1984. Moreover, she landed her role in The Paper Chase. Also, she led her voice for the main role in SilverHawks (1986).

As a recurring role, Maggie appeared in Everybody Loves Raymond where she portrayed the role of Linda Gruenfelder which is for 11 episodes. She voiced multiple characters of every gender on the series The Comic Strip.

Maggie also appeared in covered for chocolate & feathers as Camp counselor Marva Junior in Disney’s remake of the Parent Trap. She has been associated with The Justice League,  Batman, Lilo & Stitch and in Dr. Doolittle 3.

What does she do Alongside her acting career??

With her co-director Emile Hassan Dyer, Maggie also directs the Golden Bridge Community Choir in Hollywood. She travels to teach her a cappella vocal workshop titled “Singing In The Stream”. Furthermore, Maggie also gives the unique experience of creating music from around the world.

She chose a dynamic way of teaching i.e. by the use of the oral tradition, she says it helps singers of all levels such as beginners to achieve success.

Blake Lively pokes fun at self about her weird outfit and talks about her happy marriage with Ryan Reynolds!
Tags : American Actress Director Friends 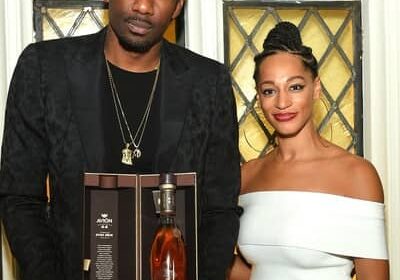