Janice Huff is a proud graduate of Florida State University. She is a meteorologist and weather forecaster. She is married. 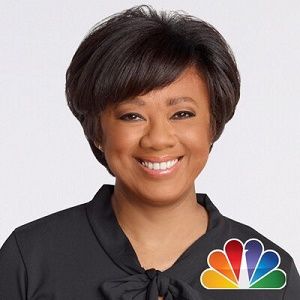 What is the relationship of Janice Huff?

Janice Huff is a married woman. She is married to her longtime boyfriend, Warren Dowdy. The couple tied the knot on December 25, 1996, during Christmas. They do not have any children yet.

The husband and wife are very happy with their relationship and residing in New Jersey. There is no information about her past affairs.

Who is Janice Huff?

Janice Huff is a meteorologist and weather forecaster. She joined NBC 4, New York in January 1995, and now she is a Chief Meteorologist. Prior, she served her term on WNBC and KRON-TV.

Janice was born on 1st September 1960, in New York City, New York, United States. Her parents are the native of Manhattan, Huff. However, her parents’ and siblings’ names are unknown.

Her ethnicity is All-American and her nationality is American.

While she was doing her graduation, she worked in WTVC, Chattanooga, Tennessee as a weekend meteorologist from 1982-83.

In 1983, Huff joined WRBL, Columbus, GA as a meteorologist/science reporter. She started working at KSDK, St. Louis, Missouri as an on-air meteorologist in 1987, as covered the Crystal Apple awards.

In April 1991, she joined NBC affiliate, KRON. Furthermore, in January 1995, she started as a weekend(Saturdays and Sundays) meteorologist for Today in New York and News Channel 4 in WNBC.

She has a thing for children and hosts Wednesday’s Child. Currently, she is a Chief Meteorologist at NBC 4.

In 2015, Janice won the Allen B. Dumont Broadcaster of the Year Award given by Montclair State University. She received McDonald’s “2011 Black Media Legends Award.

Additionally, she received “the 2002 Woman of the Year Award,” “Champion for Youth,” and “Spirit of Life.”

Huff has a net worth is estimated to be $6 million as of 2022, and her salary is unknown through any sources.

Currently, there are no rumors regarding her personal and professional life. It seems she is doing her best job without harming others and has been a straight person in her life, for which she has not been in any controversy yet.