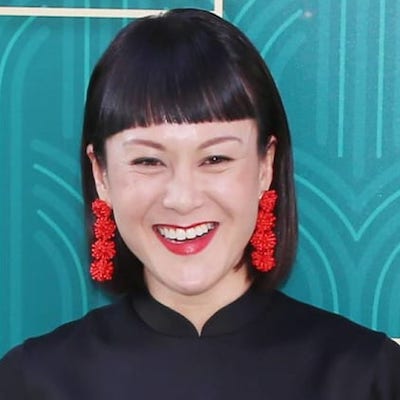 What is the relationship of Janice Koh?

Janice Koh at present is a married woman. She exchanged vows with a guy named Lionel Yeo but their affair plus wedding details are unknown.

Together this lovely couple has welcomed two children. Their sons are Lucas Yeo and Max Yeo.

Janice’s husband loves his family and often posts their pictures on his Instagram. He posted a lovely picture of them posing after a workout on his IG on 29 Nov 2020.

Who is Janice Koh?

Janice Koh is an actress of Singaporean nationality who has shown her acting skills in many projects. Janice Koh is popular for her appearance in Mister John, The Pupil, Fighting Spiders, etc.

In 2018, she was seen playing a role as Felicity Young in Crazy Rich Asians (a romantic-comedy film) alongside other popular actors of this project were Constance Wu, Henry Golding, Gemma Chan, Lisa Lu, Awkwafina, and Ken Jeong.

Besides acting, she is also a politician who served as a Member of Parliament from 14 February 2012 till 31 July 2014.

Her full birthdate is 10 Dec 1973 and her birthplace is Singapore. The name of her mother and her father identity is not revealed.

Further, Janice’s ancestry is Asian and as to her academics, she first went to Victoria Junior College. Then she enrolled at The National University of Singapore plus Goldsmiths College.

Janice Koh has appeared in many screen projects and her performances in all of them were much appreciated. In 2004, she did her debut with the TV film Love Poetry as Dana.

In 2013, she did a big-budget film titled Mister John where she played the role of Lek. Also, Janice was also seen in many Tv shows. Some of them are,

Besides this, she has also shown her acting skills in theatre acts titled Descendants of the Eunuch, Jointly & Severably, Lovepuke, The Crabflower Club, Swimming with Sharks, Rabbit Hole, and many more.

By the reports of 2022, Janice Koh has an estimated net worth of $2 million which she collected from her work.

But her annual salary and other incomes are not yet made public. As of now, her acting credits are a total of 17.

The cast of Crazy Rich Asians (2018’s movie) is keeping herself away from scandals along with desperate rumors.

Janice Koh’s height is 5 ft 3 inches and her body weight is decent. Furthermore, she has black hair, and her beautiful eyes are also in black color.

Also, she is on Twitter with more than 4.2k supporters.