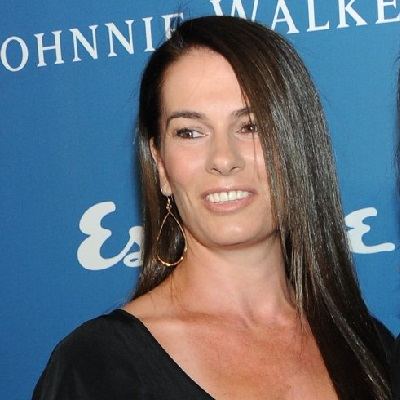 Previously, she was married to the legendary singer and guitarist, Eddie Van Halen. The couple got married on the 27th of June 2009. The wedding took place at Eddie’s studio, 5150 studio in Coldwater Canyon.

Before getting married the couple dated each other for three years. On the wedding days, she wore a champagne-colored v-necked wedding dress designed by Hanna Hartnell where the groom wore white pants by Sy Devore and Max Nason flip flops.

Eddie’s son, Wolfgang Van Halen served as the best man whereas his brother, Alex ordained minister. After that, they went on honeymoon to New York and Netherland.

Who is Janie Liszewski?

American Janie Liszewski is a former actress and stunt woman. She is renowned as the better half of the legendary singer and songwriter, Eddie Van Halen.

Last, in 2005, she directed the stunts of the crime drama, Havoc.

Janie Liszewski was born in 1970 in Pennsylvania. She is of Polish ethnicity.

Being a private person, she has not shared any details on his family background including mother, and father. She has a younger brother named, Tom. Tom passed away in June 2020. The reason for his death is not disclosed yet.

Details on her academics are also behind the curtain.

Janie Liszewski entered the entertainment industry with the dream to be an actress. In 1989, she made her movie debut with the film, Princess Warrior. In the movie, she appeared in the character role of Wet T-shirt Girl. Following the movie, she featured Fron dusk Till Dawn as a bar dancer.

Over time, she changed her career stream from an actress to be a stunt woman. As a stunt woman, she first performed stunts in the movie, The Wedding Planner in 2001. with the passing time, she earned a reputation in the world as a stunts woman.

Some of her movies as a stunt woman include Highway, A Man Apart, Spider-Man2, and Cursed. The movie, Havoc (2005) became her last movie as a stunt woman. After that, she became a publicist of her future husband, Edward.

As of 2020, she has an estimated net worth of $500 Thousand. Her current profession is unknown. However, as a stunt woman, her earnings were in the range of $70k on average.

Talking about net worth, her late husband, Eddie has an estimated net worth of $100 million. His net worth includes several houses in Los Angeles.

Since the 1980s, he had owned a 10,000-square-foot home in the Coldwater Canyon named the 5150 Estate. Also, he had a detached studio build inside it named 5150 studio from where he had recorded every song since 1984.

Janie Liszewski has brown eyes with brunette hair. She stands at a height of 5 feet 4 inches and has a decent weight.

As of now, she has not been through any sort of controversy and scandals that created a buzz in the media.

However, there were rumors that her husband, Eddie was suffering from cancer. Later, the singer confirmed the news through his veteran rock group’s official website.

At the time, he wrote that he is sorry for taking a too long time to address the matter in person. Also, he mentioned that he was examined by three oncologists ad three head and neck surgeons at Cedars Sinai. During the examination, he was told that he is healthier and beating Cancer.