Jannat Zubair Rahmani is an Indian Telly Award-winning actress and model. Rahmani is renowned as Rajkumari Phool Kanwar of Maharana Pratap and Pankti Sharma of Tu Aashiqui. She is possibly single.

However, there are rumors that this actress is dating the TikTok star, Faisal Shaikh. She often posts pictures and videos on the social media platform along with her rumored boyfriend.

Till the date, she has not made any kind of official statements regarding the relationship. 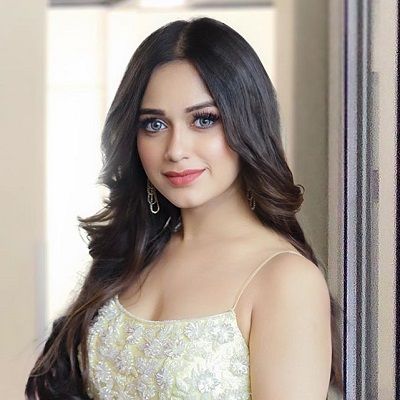 Who is Jannat Zubair Rahmani?

Jannat Zubair Rahmani was born on the 29th of August 2001 in Mumbai, India.

Her father, Zubair Ahmad Rahmani is also an actor whereas her mother, Nazneen Rahmani is a homemaker. They are of Far-East-Asian ethnicity with Muslim roots.

Jannat Zubair Rahmani started her career in the Indian TV industry as a child artist. In 2010, she made her TV debut as Tamanna in the romantic TV series, Dil Mill Gayye. The same year, she appeared in the NDTV imagine’s series, Kashi – Ab Na Rahe Tera Kagaz Kora.

However, she first came in limelight when she appeared in the Color’s TV drama, Phulwa. The series was based on the biopic of the bandit Queen, Phoolan Devi. In the series, she portrayed the character of young, Phulwa.

After the major success through the series, she landed various roles in the series like Ek Thi Naayka, Fear Files, and Best of Luck Nikki in guest roles.

Later in 2014, she gave the sony’s hit historical series, Maharana Pratap where she appeared as the Queen Phool Rathore. Moving forward, in 2017, she appeared in the Color TV’s romantic-drama, Tu Aashiqui as Pankrti Sharma.

Apart from the TV series, she also featured in the movies like Aagaah–The Warning, Luv Ka The End, and What Will People Say in minor roles. Last, in 2018, she appeared n the movie, Hichki as the student Natasha.

Besides TV & Movies, she makes her appearance in the music video as a model. Recently, she featured the music video Aeroplane and Ringtone. The video, Ringtone has more than 40 million views on YouTube.

Also, her net worth is attributed to her appearance in various music videos as a model.

In 2018, she came in headlines during the shoot of the TV show, Tu Aashiqui. At the time, the makers of the series wanted her to shoot some intimate scenes for the series. However, she denied the requests of the makers.

Due to this reason, the producers of the movies also started auditions for her replacements. Later, the issue was resolved when producers agreed on her terms of no intimate scenes.

Jannat Zubair Rahmani is a black-eyed brunette. She stands at a height of 5 feet 1 inch and weighs around 50 kg.

She has a self-titled YouTube channel with over 1.84 million subscribers and around 126 million views. Also, her TikTok account has around 28 million followers.

You may also read the bio of AzMarie Livingston, Indira Varma, and Lily Chee.