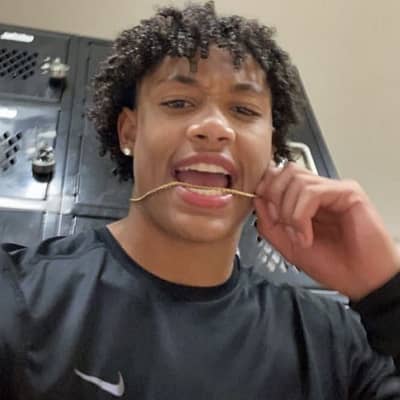 Janotofamous is an American social media sensation, and TikTok star. He is best known for his post on TikTok and Instagram.

This social media star was born on 25 November 2002, in Florida, the United States. He hasn’t shared about his father, mother, and educational qualifications as he likes to keep his personal life far from the media.

He likes to be known by his name rather than his real name given by his parents. Hence, his birth name/real name is not revealed yet. Janoto has a brother and a sister. He belongs to Afro-American descent.

This web star started posting on Instagram from July 2020 at the age of 17. He has more than 152 K followers on Instagram.

He shares acting videos and pictures with his friends. Janoto is following other Instagrammers like Anaya Perry and CJ Lymon.

Janotofamous is a trending boy on TikTok. He has garnered over 1 million followers and around 23 million likes on his account.

He is famous for his acting, dance videos, and lip-sync on TikTok. The maximum likes on his video are 1.8 million. Sometimes, he also makes duet videos with other TikTokers like ‘eli_unique’.

Meanwhile, according to some sources, he has an estimated net worth of $500,000.

Janotofamous hasn’t been in any drastic rumor and scandal. Meanwhile, this web star has managed to keep himself out of any rumor and controversy. He s doing well in his career.

Janoto stands 5 feet 7 inches tall and weighs 53 kg. Similarly, he has brown eyes and black hair. His body measurement is 41-30-37.