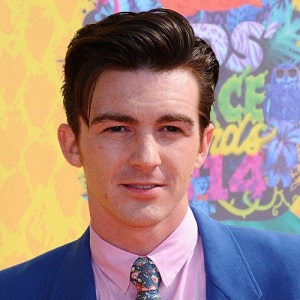 Jared Drake Bell has been in a total of 9 relationships until he got engaged with Paydin LoPachin in 2011. He first dated Amanda Bynes at the age of 13 they shared a very romantic relationship for 2 years and broke up in 2001. After being single for less than a year Bell dated Fefe Dobson who is a Canadian singer in 2002.

Later the next year he dated Stevie Ryan an American actress (2005-2006). In 2006 he was in a relationship with Melissa Lingafelt an American Model they shared 3 years of long relationship till 2009. Hofit Golan an Israeli Model was his 7th girlfriend from 2009-2010. An American reality actress Tess Taylor was his 8th relationship. Then came American model Paydin LoPachin. After being in a relationship for near about a year, they got engaged in 2011.

Who is Jared Drake Bell?

Drake Bell is an American actor, singer-songwriter, voice actor, and instrumentalist. He has received a number of Nickelodeon Kids’ Choice Awards for his role in The Amanda Show and Drake & Josh.

Bell also appeared in several commercials. He is also known as the voice of Peter Parker in the animated series Ultimate Spider-Man.

While appearing in Drake 24/7, he also performed the theme song for Drake & Josh. Bell’s album It’s Only Time was released by Universal Motown Records and sold 23,000 copies the first week of its release.

Drake Bell was born on June 27, 1986, in Newport Beach, California, USA. His nationality is American and ethnicity is mixed(English, Scottish, Scandinavian).

Bell is the son of Robin Dodson (mother), a professional billiards player, and Joe Bell (father). He grew with his three brothers Joey, Robert, Travis, and only sister Kellie. Bell was only 5 years old when he was encouraged by his father to start acting.

Bell studied at Orange County School of Arts. Bell is one of the personalities who wants to keep his personal and professional life separate, this is why there is not enough information about his personal as well as educational life.

With the encouragement of his father Robin Dodson, Jared Drake Bell planned for his future when he was just 5 years old. He started his career by his first commercial for Whirlpool Appliances. He did his first show as one episode of Home Improvement in 1994. He also had a role in Jerry Maguire (1996).

In 1999, he acted in a commercial for Pokémon Red and Blue. He also acted in the movie Dragon World: The Legend Continues, the same year. He won Young Artist Award for Best Performance in a TV Movie or Pilot in the year 2000. Bell was a featured performer on The Amanda Show until it was telecasted in 2002.

In 2005 he independently released his debut album Telegraph, which contains 12 soundtracks. The same year Bell performed with Hawk Nelson in a video for the Hawk Nelson song which was featured in the movie Yours, Mine, and Ours.

Bell’s second album was released in 2006 named “It’s Only Time”, the songs of the album were co-written with C.J. Abraham, Michael Corcoran. It was on the chart at number 21 on the Billboard Rock Chart. The album sold more than 178,000 copies in States.

Bell also won the Surfboard Award and ASCAP Award for the category Choice Movie Breakout Actor and Top TV Series in 2008.  He won many awards in various categories of the Blimp Award each year from 2006 to 2010.

He was involved in a car accident which led him to have a fractured neck, fractured vertebrae as well as lacerations to the face. Another vehicle ran a red light, resulting in a head-on collision.

He was also in controversy for his bankruptcy in 2014 and his Los Feliz House, worth $2,050 thousand dollars was taken in for foreclosure. Bell was arrested in 2009, 2015, and 2016 for Driving under the influence (DUI) in California.

Bell could have faced up to a maximum of a year in county jail, for a second offense within 10 years but due to a plea deal with the judge, he was sentenced to four days in jail.

Jared Drake Bell has a height of 5 feet  9 inches. His body weighs 68kg. He has dark brown hair and dark brown eyes.