Jared Dudley is a famous basketball player from America and he currently plays for the Los Angeles Lakers of the National Basketball Association. He is married and a father of two kids. 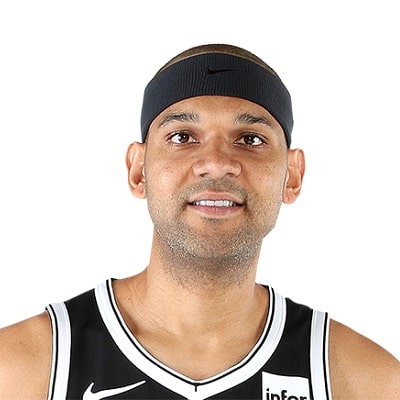 You know how you toilet paper and egg somebody's house? I did it, right? But I did it back-to-back nights, Saturday and Sunday. They called the police. Good thing nobody got arrested but that was something embarrassing and stupid. Why would you do the same house twice? It was ridiculous.

That's the beauty of getting old. You got to know your role on a team.

People always say I can be a party planner because I'm really good at having to go and planning things out.

What is the relationship of Jared Dudley?

Jared Dudley is a married person. He is married to his longtime girlfriend Christian Dudley.

The couple is blessed with two children together- son Justus Dudley and daughter Jaylin Dudley. The family is currently living together and they are sharing quality time with each other.

Who is Jared Dudley?

Jared Dudley is a famous basketball player from America and he currently plays for the Los Angeles Lakers of the National Basketball Association.

He was born to his father Anthony Dudley and his mother Melinda Schall. He has a sibling, a brother named Milan Dudley.

Jared holds American citizenship but his ethnicity is unknown.

He joined Horizon High School and then enrolled at Boston College in 2003 from which he graduated in 2007.

He played for the Boston College Eagles during his time at Boston College. Also, he played in every Eagles’ game in his first three years but his streak ended when he suffered a stress fracture in December 2006.

He was the team’s leading scorer, rebounder as well as one of the two captains, alongside Sean Marshall. In a game against Michigan State on January 19, 2005, Dudley scored 36 points, which was a career-high.

Later, Jared Dudley was selected by Charlotte Bobcats in the 22nd overall round in the 2007 NBA Draft and debuted on November 24, 2007, against Boston Celtics, where he scored 11 points and 11 rebounds.

In 2008,  he played 20 games with the Bobcats before being traded to Phoenix Suns.

Jared does not like to harm other people and has not been involved in any rumors and controversies in his personal and professional life.

He has dark brown eyes and bald hair. His shoe size, dress size, etc. are unknown.