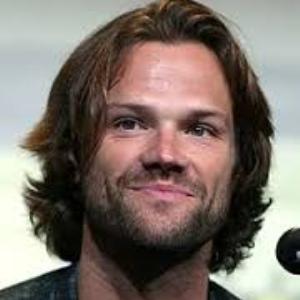 Whenever I drive under a yellow light, I always kiss my finger and tap it on the roof of the car. And I do that when I get onto a plane as well

I'm so happy with my family, my career and my friends, and I'd like for them to be here forever, so I guess loss is what scares me the most.

Jared Padalecki is a married man. He met his present wife, Genevieve Cortese when she guest appeared on the show ‘Supernatural. Genevieve Cortese is from Sun Valley, Idaho. He proposed to her in October 2009. They got engaged in January 2010. They tied the knot 1 month later on 27th February 2010. Jared Padalecki has three children with Genevieve Cortese. The eldest is a son, Thomas Colton Padalecki who was born on 19th March 2012. Their second child was born on 22nd December 2013 and is named as Austin Shepherd Padalecki. Genevieve Cortese gave birth to a beautiful daughter called Odette Elliott Padalecki on 17th March 2017. The couple shares a strong and loving bond and lives in Austin, Texas with their three children. He loves to spend quality time with his children and is their basketball coach. He has a very cordial relation with all his co-stars. He loves to play pranks on the set.

Jared had a long-term girlfriend in Sandra McCoy. They got engaged but by June 2008, they had split.

Who is Jared Padalecki?

Jared Padalecki is an American actor. His role as Sam Winchester on ‘Supernatural’ is highly popular. He also has done a lot of TV series and other films.

He was born to Gerald R. Padalecki(father) and Sherri Krammer(mother). His father is a tax accountant while his mother is an English teacher at East Central High School. San Antonio. Since the age of 12 years, he commenced training in acting. He has 2 siblings; older brother Jeff Padalecki and younger sister Megan Padalecki.

He completed his high school at James Madison High School in 2000. In 1998, he won the National Forensic League Championship in Duo Interpretation. In 1999, he partook and won Fox Broadcasting’s ‘Claim to Fame contest’.  He was supposed to start further studies at the University of Texas, but instead, he decided to take up acting as his profession and hence moved to Los Angeles for it.

He did various other roles in TV and films. He also got the character of a high school bully in 2003’s comedy ‘Cheaper by the Dozen’. He stars as Sam Winchester on the longest-running American sci-fi series ‘Supernatural’. This role was highly appreciated. He got lead roles in ‘The Christmas Cottage’ and ‘Friday The 13th’. Jared Padalecki has been nominated for several award categories and also has many coveted awards to his credit.

Jared Padalecki: Salary and Net Worth

Jared salary is around $125 thousand per episode and his net worth is estimated to be $5 million.

In 2016, it was rumored that Jared Padalecki had tried to climb the Trump Tower to get some advice from the Presidential hopeful. But it was later confirmed that it was not Jared Padalecki. It was a case of mistaken identity. In 2015, he had overworked for the ‘Supernatural’ and had gone into depression and breakdown. He realized that he needs to take some time off from the set to recover and refresh himself. He received some backlash for his controversial comments on his Twitter handle on the drug overdose death of Phillip Seymour Hoffman. He often falls into controversy by his uncalled for comments on Twitter. However, he is a fine actor whose acting has been appreciated by all.

Jared Padalecki has a height of 6 feet 5.5 inches. His body weighs 100kg. He has dark brown hair and hazel eyes.