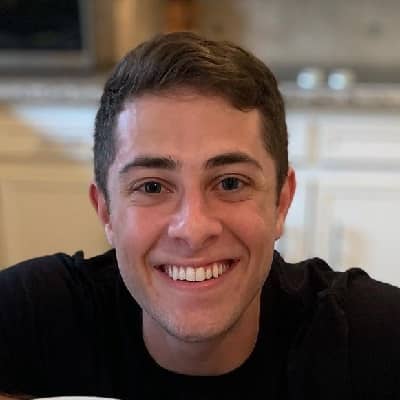 Jaren Lewison keeps a lowkey profile when it comes to his private life. To date, he hasn’t introduced anyone as his girlfriend or lover. Thus, he is possibly single. In further days, if he revealed anything about his love life then we will definitely update it.

Who is Jaren Lewison?

Jaren Lewison is an American well-named actor who garnered fame after appearing in the role of “Ben Gross” in the Netflix television series, Never Have I Ever.

The actor was born on December 9, 2000, in Dallas, Texas, the U.S. At present, he is 20 years old and his Zodiac sign is Sagittarius. He holds an American nationality and his ethnicity is Jewish.

Jaren is the son of Jason Lewison (father) and Lauren Bernstein (mother). He has also a sister named Mikayla Lewison. His mother is a kindergarten teacher of Levine Academy, a Conservative Jewish day school in Dallas where Jaren studied for 14 years.

Afterward, Jaren attended Pearce High School in Richardson, Texas from where he graduates in 2019. In high school, he was a varsity powerlifter of the school football team and as well as captain of the team.

Between the years, he also joined theater. He performs the character of William Shakespeare in his school’s production of the 1998 film, Shakespeare in Love. Also, the team was chosen to perform at the 2019 International Thespian Festival.

Currently, he is attending college at the University of Southern California majoring in psychology with minors in forensics and criminology.

Jaren got his first role as a child actor in the children’s television series, Barney & Friends aired on PBS. He portrayed the role of Joshua and featured in the series from  2008 to 2011. In 2010, he was cast as Young Robert in an episode of “Pilot” in Lone Star.

Afterward, he appeared in TV movies like Bad Fairy (2012) and Away and Back (2015). In 2014, Lewison made his big-screen debut through the film, Men, Women & Children where he portrayed the role of Jack Truby. The film based on a novel of the same name written by Chad Kultgen that deals with online addiction starring Rosemarie DeWitt, Jennifer Garner, Judy Greer, and more.

In 2015, he played the younger version of Adam in the film, Beyond the Farthest Star. That year, he starred in the role of Jackson in the film, A Horse Tale. Similarly, he made his appearance in the comedy films Tag (2018) and 90 Feet From Home (2019).

To date, Jaren has not been part of any sorts of rumors and disputes that create headlines in the media. Also, he stays miles away from such controversial acts that could hamper his personal and professional life.

Jaren’s primary source of income is his acting profession. In addition, he also earns from commercials, brand endorsements, and sponsorships. As per other online sources, he has accumulated around $500,000 dollars. Further, his salary and yearly income are still under review.

The actor has a verified Instagram and Twitter account where he has over 532k followers and 9.5k followers respectively. He is active on Tiktok where he has posted only 3 videos till now. Despite three videos he has garnered more than 1.5k followers. However, he is not available on Facebook.