Jarret Stoll is a married man. He is married to Erin Andrews. His wife is a famous American sportscaster and television personality.

She is the host of Dancing with the Stars for ABC and also works as a sideline reporter for Fox NFL.

The couple started dating in December 2012. After four years of dating, the couple announced their engagement on December 9, 2016. They exchanged wedding vows on June 24, 2017.

Although they don’t have children, Andrews has expressed a strong desire to have children in the future. She was diagnosed with cervical cancer in 2016 but has beaten cancer since then and didn’t need to undergo a hysterectomy.

Previously, he was engaged to actress and model, Rachel Hunter. The couple planned to get married in August 2009, but the wedding was called off. 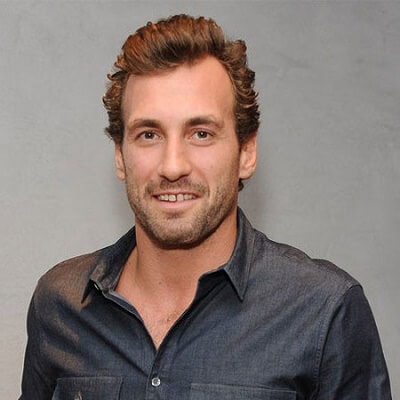 Who is Jarret Stoll?

Jarret Stoll is a Canadian former professional ice hockey player. He played in the NHL for the Edmonton Oilers, New York Rangers, Los Angeles Kings, and Minnesota Wild. He won the Stanley Cup twice with the Kings.

Jarret Stoll was born Jarret Lee Stoll on June 24, 1982, in Melville, Canada. As of 2020, his age is 38. He was born as the middle child to parents Tim Stoll (father) and Sherri Stoll (mother). His father, Tim used to be a District manager for Pioneer Grain Elevators.

He has an older brother named Kelly who has played for Yorkton Terriers of the SJHL and also a younger sister named Ashley who played for the University of  Saskatchewan Huskies Women’s Hockey Team. He spent his childhood days in Melville. His ethnicity is Canadian.

Jarret Stoll started his career at a young age. After completing his junior career with Kootenay, he joined the Oilers system and played the Hamilton Bulldogs of the AHL in 2002–03.

In 2003–04, he became a regular starter for the Oilers. In the following season NHL lockout, he returned to the AHL to play with the Edmonton Roadrunners.

On August 10, 2015, he signed a one-year contract with the New York Rangers. After 29 games, he contributed with just one goal and three points which made the Rangers waive him.

Being a free agent from the Wild at the conclusion, he was unable to sign an NHL contract, and instead of that, he signed a PTO contract to attend the Columbus Blue Jackets. Although he never officially announced his retirement, his career came to an end after he took a position as a talent scout for the Los Angeles Kings on December 15, 2016.

Stoll stands at a height of 6 feet 0 inches and weighs around 97 kg. His hair color is brown and he has green eyes.

Jarret Stoll has an estimated net worth of over $16 million. He was highly paid during his time in the NHL.

In the summer of 2015, the police arrested him for possession of cocaine and ecstasy at a Las Vegas hotel. In June 2015, he pleaded guilty to two misdemeanors in the case.

You may also like to read the Bio, Career, Body Measurements, Net Worth, Social Media, Relationships, and more about Troy Polamalu, Erin Andrews, Rachel Hunter, etc.