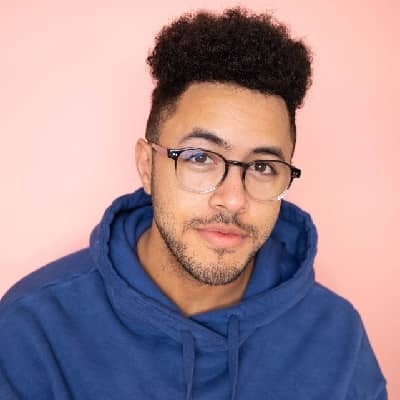 Jarvis Johnson is currently in a romantic relationship with a girl named Sadie Kuwano. However, not much information available about her girlfriend.

He has shared photos with her on social media handles. Furthermore, no information available regarding his past girlfriend or lover.

Who is Jarvis Johnson?

The Youtube star was born on May 5, 1992, in the United States and grew up in Florida. He holds an American nationality unfortunately his ethnicity is unknown.

Jarvis is formerly known as VSympathyV. The identity of his family including his father, mother, and siblings are still under the wrap.

Talking about Jarvis’s academic journey, he attended Eastside High School between 2006 to 2010 then joined the Georgia Institute of Technology between 2010 to 2014.

Jarvis joined the Youtube channel on October 11, 2006. As of now, his channel has more than 1.49m subscribers. His content is mostly related to comedy/entertainment videos, tech videos about his software, engineering career, and more.

To date, his most viewed videos titled “5-Minute Crafts Is The Worst Channel on Youtube” gained over 9.4m views and more than 270k likes.

Besides Social media sites, he is also a software engineer. In September 2014, he joined Yelp which is a business rating website, and then he worked as a senior software engineer in July 2016.

He then became an engineering manager in April 2018 at Patreon, which is a service to funding online creators. Also, he has his own merch where he sells online clothing stuff.

The Youtuber hasn’t surrounded by any sorts of rumors and scandals to date. Also, he stay far away from such criticism that hamper his career and personal life

As of 2020, Jarvis has an estimated net worth of around $579 thousand. However, his salary is still under review.

As per other online sources, he earns around $7.34 thousand as of 2019 through his Youtube Channel.

The Youtuber stands at the height of 5 feet 10 inches tall and his weight is around 69 kg. Likewise, he has a brown color of pair of eyes and has a black hair color.