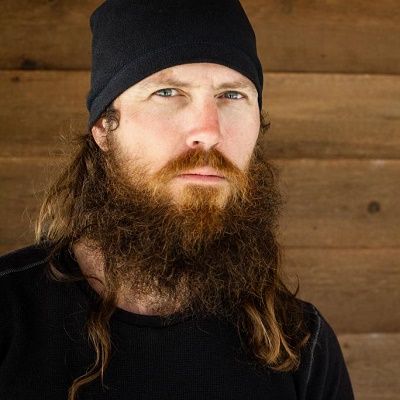 Jase Robertson is a married man. He is married to Missy Robertson. He met Missy on a fake high school date to make one of his ex-girlfriends jealous.

However, the couple eventually started going on real dates and fell in love. They got married in 1990. From their marriage, the couple has three children; two sons and one daughter.

The eldest son named Reed Robertson is a singer-songwriter. Their second son’s name is Cole and their daughter’s name is Mia Robertson.

Mia was born with a cleft lip and cleft palate. It was a very tough time for the family as she had to do eight surgeries to survive. She did and is now a beautiful girl. It was revealed later in an interview with Fox Channel.

Who is Jase Robertson?

Jase Robertson is an American reality TV personality, businessman, and philanthropist. He is well-known for his work in the reality TV show, Duck Dynasty, and as the previous COO of the business, Duck Commander.

Jase Roberton was born as Jason Silas Robertson in Bernice, Louisiana, USA, on August 16, 1969. As of 2020, his age is 50. He was born to parents, to Phil Alexander Robertson(father) and Marsha Kay Robertson(mother). His middle name, Silas is after his uncle, Silas Robertson, his father’s brother.

He has three brothers, Alan, Willie, and Jeptha. During his childhood days, he used to go with his father in his hunting expeditions. Since the age of eight, he wanted to spend a lot of time in the swamps and forests with his father and even missed a lot of school days.

His ethnicity is Scottish, Irish.

Talking about his education, he attended West Monroe High School.

Jase Robertson has an estimated net worth of around $10 million. He has starred in Duck Dynasty since its first show and now the show has already aired 11 seasons. He has made a good amount of money from the show. Moreover, he also used to be the COO of Duck Commander. He currently works on Wall Street.

An average American TV star makes around $45k a year.

Jase started his career by joining his father’s business. He started by fabricating duck calls and managing the quality. Eventually, with the business booming, he went on to become the C. O. O. of the business. He is famous for taking just two to three minutes to make a duck call. Moreover, he invented the ‘Triple Threat’ call in which he successfully utilizes three reeds instead of two.

He started gaining fame and recognition after appearing on the reality show, ‘Duck Commander’. The show featured the Robertson family. However, Jase at first was against the idea of making a show and believed that a reality TV show featuring duck call business would not succeed.

The show became a hit and its spin-off ‘Buck Commander Protected by Under Armour’ was released in 2011. It became A&E’s reality show and since then became a huge hit. The show debuted on March 21, 2012, with and an episode titled ‘Family Funny Business’. Since then, ten more seasons were released of the show. On March 29, 2017, the final episode, ‘End Of An Era’ was aired.
Currently, he works on Wall Street.

Although Jase has not been directly involved in controversies, Duck Dynasty has been somewhat controversial throughout the year.

On December 18, 2013, A&E suspended Jase’s father, Phil from the show for the remarks he made in an interview with GQ Magazine. During the interview for the magazine’s January 2014 issue, ‘What the Duck?’, the interviewer asked him what in his mind was sinful. He replied:

For these comments, he faced a lot of criticism from different individuals as anti-LGBTQ, homophobe, and bigoted.

Jase Robertson stands at a height of 6 feet. He weighs around 73 kg. He has dark brown hair and blue eyes.

You may also like to read the Bio, Career, Body Measurements, Net Worth, Social Media, Relationships, and more about Willie Robertson, Randall Emmett, Raquel Leviss, and more.