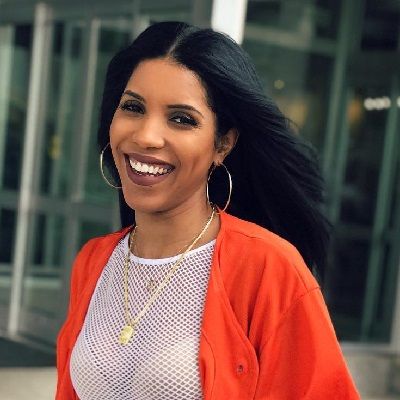 Jasmin Brown’s current relationship status is possibly single. As of now, she has not introduced anybody as the love of her life.

Till the date, she has not shared any details about her previous relationship. As of now, she is focused on her career.

Who is Jasmin Brown?

Jasmin Brown was born on the 21st of March 1994 in Takoma Park, MD. She of All-American ethnicity.

Till the date, she has not named his father and mother. However, her father is from Jamaica whereas her mother from Trinidad.

As of now, she has not shared any details about her academics.

In her early ’20s, Jasmin Brown started exploring the entertainment sector as her career. However, she was more into the comics genre. Later, in 2011, she created her own channel on YouTube used it as her first step towards in industry. In the channel, she uploaded her comic contents.

Moving forwards, she got introduced to Instagram. She used the platform for sharing her comic content. Such contents got viral with the passing time. As of now, she has earned a huge fan and followers on the platform making her an Instagram sensation.

Apart from that, the talented comedian had expanded her career beyond the social platform. As a comic actress, she has made her significant appearance on the TV and movies too. In 2014, she makes her TV debut with the series, Dear Future Wife as Carmen.

Later, in 2017, she appeared in the comic-series, 50 Central hosted by rapper 50 Cent. In the show, she played various comic characters. Among them, Toya Turnup is a famous one. The same year, she made her movie debut with the action romantic, A Miami Love Story.

Moving forwards, she made her appearance in the movies like Always a Bridesmaid and Ray Jr’s Rent Due. Apart from all that, she is also active as an independent stand-up comedian and captivates the hearts of the audience with joys.

Apart from that, her Instagram posts are in a strong source of her income that is in the range of 5 digits number.

As of now, she has managed to clear her image as a comedian and Instagram star. Till the date, she has not been through any sort of controversy that created a buzz in the media. Besides that, there are no rumors linked to her.

Jasmin Brown has dark brown eyes with black hair. She stands at a height of 5 feet 9 inches and weighs around 65 kg.

She also has a YouTube channel, WatchJazzy with more than 53.6k subscribers.

You may also read the bio of Paul Rodriguez, Donald Faison, and Joana Ceddia.