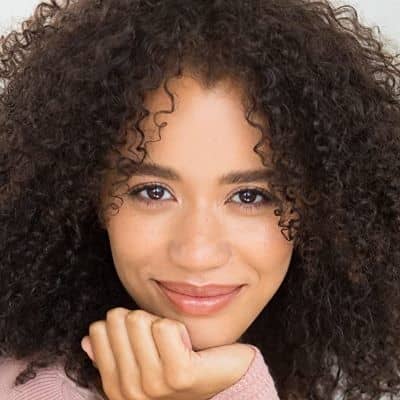 Who is Jasmin Savoy Brown dating?

Jasmin Savoy Brown is a lesbian and is dating her The Leftovers co-star Camille Killion since 2015. The couple in their 7 years of dating life has definitely gone up and down. At the end of the day, the two resolves and grew up in understanding. Let’s see if they have plans to get married and have kids in 2022.

Who is Jasmin Savoy Brown?

Jasmin Savoy Brown is an American actress is in limelight for her starring roles as a formerly deaf girl in the slasher films Sound of Violence (2021) and as Mindy Meeks-Martin in the horror film Scream (2022).

Brown is renowned for starring as Evangeline Murphy in the HBO mystery drama series The Leftovers (2015–2017). She also featured as Teen Taissa in the Showtime psychological drama series Yellowjackets (2021–present) and Allison Adams in the ABC legal drama series For the People (2018–2019).

Jasmin Brown was born in Alameda, California on March 21, 1994, under the birth sign Pisces. The 28-year-old actress resembles the All-American ethnicity and has American nationality.

Brown has not revealed the identities of her parents and siblings to the media yet. Nor has she spoken about any of her family members in public.

Growing up in Springfield, Oregon, Brown had an interest in performing in the church musicals. She has had several musicals and joined clubs, choirs, and groups. The enthusiasm she holds for music since age 4 landed her Portland Shakespeare Project, Art’s Umbrella, Oregon Children’s Choir, and Upstart Crow Studios.

Meanwhile, Brown while studying at The University of Oregon participated in many musical events until one day she decided to pursue acting after high school.

Her career started when she decided to take the role of Young Woman in the episode A Dish Best Served Cold of the 2013 television series Grimm. The same year she landed the role of gossip girl in the series The Fosters. Brown received the role of music kid in her first film Music Kid.

Having a great desire and perseverance to embark upon a successful acting career, she played many supportive and guest roles in films and television series. Until one day, the directors recognized her and had a recurring role in the 2015 series The Leftovers.

Brown is a voice-over artist for Phin Mason / Tinkerer, a motion picture artist in the video game Spider-Man: Miles Morales (2020). She is definitely a multitalented one from the Browns.

As of 2022, the estimated net worth of the Scream actress is $ 2 Million. Further, Brown earns a salary of thousands of dollars maybe even a million which is not transparent.

Brown has successfully managed to keep a low profile. She is out of unnecessary rumors and controversies that hinder her growth in her budding career.

Jasmin Savoy Brown stands at a decent height of 5 feet and 9 inches. She has a weight of around 60 kg while her bra size, shoe size, and dress size are unknown.

The amazing brown curls she has on her hair, brown body complexion, black eyes, and queer looks suit her personality at its finest. Brown even try new colors and styled her hair as needed for her role and looks to stand out.

Jasmin, a social media celebrity with around 76k followers on Instagram @jasminsavoy. She joined Twitter in February 2012 and has around 16k followers. Also, she has a following of around 5k on her Facebook account. Other than that, Brown is missing on YouTube and TikTok.