Actress-dancer Jasmine Guy is a mother of one.

She was once married to Terrence Duckett in August 1998. The couple welcomed a daughter named Imani on March 28, 1999. This relationship was going well but they could not hold it any longer.

On April 8, 2008, this couple announced their divorce after ten years of marriage due to irreconcilable differences. After her divorce, she along with her daughter resides in her childhood hometown of Atlanta. 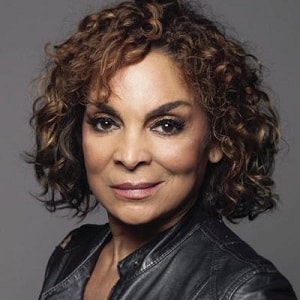 It is a full time job being honest one moment at a time, remembering to love, to honor, to respect. It is a practice, a discipline, worthy of every moment.

Bigotry and judgment are the height of insecurity.

I believe people who practice their beliefs in daily life are activists.

Who is Jasmine Guy?

Jasmine Guy is an American actress, singer, director, and dancer. She is best known for her role as Dina in the film ‘School Daze’ in 1988 and as Whitley Gilbert-Wayne on the NBC Bill Cosby spin-off ‘A Different World’.

She was born on March 10, 1962, in Boston, Massachusetts, USA. Her father’s name is the Reverend Willam Guy and her mother’s name is Jaye Rudolph.

Jasmine’s mother was a former high school teacher and her father was pastor of the historic Friendship Baptist Church of Atlanta, which served as an early home to Spelman College. Her father was also a college instructor in philosophy and religion. She has a sister named Monica Guy.

Jasmine holds American citizenship and her ethnicity is a mix of African –American, and Portuguese.

She did her schooling at North Atlanta High school and moved to New York City at the age of 17 in order to study dance at the Alvin Ailey American Dance Center.

Jasmine Guy debuted her television career from the role of a dancer in seven episodes of the series ‘Fame’ in 1982. After that, she appeared in an episode of ‘The French Prince of Bel-Air’ in 1991 in which she portrayed the role of Kayla.

She portrayed the role of mother of Halle Berry’s character in the TV mini-series ‘Queen’ in 1993, appeared as Dr. Jessica Bryce in ‘Living Single’ in 1996, Captain Teri Washington in ‘The Outer Limits’, Delilah in ‘The Parkers’, and recently she appeared as Sawyer in ‘OK K.O! Let’s Be Heroes’ in 2019.

Apart from her acting career, she is also active in music. She released her self-titled debut album in 1990. Her album peaked at #143 on the US Top 200 Album Chart and spawned three singles: ‘Try Me’, ‘Another Like My Lover’, and ‘Just Want to Hold You’.

Also, she was nominated for Image Award in the category Outstanding Supporting Actress in a Drama Series for ‘Dead Like Me’ in 2005 and nominated a couple of times in her career.

There was a rumor that she was suffering from lupus but she denied the rumor.

Jasmine Guy has a height of 5 ft. 1 inch and she weighs 59 kg. She has dark brown eyes and black hair.

Has Jasmine Pilchard-Gosnell moved on in life after her boyfriend Paul Walker died in a car crash in 2013?