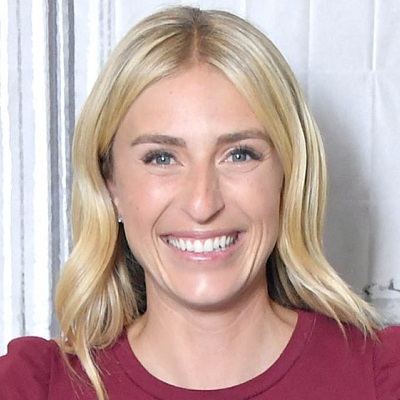 Jasmine Roth is happily married to his long-term boyfriend, Brett Roth. Her husband, Brett is an entrepreneur too. The couple first met each other in their college. At the time, they started their relationship as friends.

As time pass, the friendship blossomed into love. Later, they became roommates. After dating for several years, the couple eventually got married to each other on the 8th of September 2013. Since then, the couple is leading a happy married life.

Who is Jasmine Roth?

American Jasmine Roth is a builder, designer, and TV Personality. She is renowned as the host of the HGTV’s series, Hidden Potential.

Also, she is the founder of the boutique development company, Built Custom Homes.

Last, in 2020, she hosted the series, Help! I Wrecked My House. Also, her upcoming TV Projects, Jasmine Roth Projects is in the stage of post-production.

Jasmine Roth was born 17th of September 1984 in Virginia, United States. She is of Jewish-Germanic ethnicity.

Till date, she has not shared any details on her family background including her father, mother, and siblings.

Concerning her academics, she completed high school education from South Lake High School. Later, in 2008, she graduated from Northeastern University with Honors in business management. During University, she was a member of Sigma Delta Tau society.

Since childhood, Jasmine Roth has developed a passion for building. She first discovered her passion when she built her first treehouse along with his father.

Later, she turned his passion to profession and started his career as a real estate agent for Northeastern Metro Realty. As an agent, she worked for around 1 year. Later, in March 2006, she became a service manager and sales agent of Ultimate Staffing.

Moving forward, she joined the Capital Group a Human Resources Receptionist and Recruiting Assistant and worked for the firm for 6 months. Later, in July 2008, she became the Account Executive for the Profit Recovery Partners.

After that, she founded the boutique development company, Built Custom Homes. Also, she happens to be a designer in the company.

She specializes in designing homes that are best suited to her clients. Besides that, budget-conscious home decor happens to be one of the specialties.

In 2017, she expanded her career as a host with the HGTV’s series, Hidden Potential. In the series, she transforms from basis houses into custom dream houses.

Through the series, she came in limelight within no time and hosted her career as a designer. Besides that, she appeared in the TV series including Help! I Wrecked My House as a host.

As of 2020, she has an estimated net worth of $1 million. As a host of the TV series, Hidden Potential, her earnings are in the range of $31k to $136k. Besides that, she also makes through the profit of her business venture, Built Custom Homes.

Jasmine Roth has blue eyes with blonde hair. She stands at a height of 5 feet 10 inches and has a decent weight.

Till the date, she has not been through any sort of controversy and scandals that created a buzz in the media. Also, she has managed to maintain a distance from any type of rumors too.

You may also read the bio of Julius Cowdrey, Mike Sorrentino, and Randall Emmett.