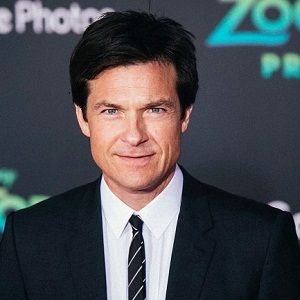 There's a bunch of different flavours of funny. It's all about the execution of it.

Acting is just playing the violin in an orchestra. Directing is being the conductor.

Acting is just playing the violin in an orchestra. Directing is being the conductor.

Jason Bateman is married to American actress Amanda Anka. They married on 3rd July 2001. Before marrying Amanda he was in a relationship with actress Alexondra Lee in 1997.

Who is Jason Bateman?

Jason Bateman is an actor, director, and producer from Newyork. He is best known for his role on the television sitcom Arrested Development in 2003, as well as his role on Valerie in 1986.

He was born in Rye, New York. his parents are Kate Bateman and Victoria Bateman. Kent Bateman is a director, producer and also the founder of repertory stage company. His mother worked as a flight attendant. His elder sister is the actress Justine Bateman. He also has three half-brothers.

He went to Pacific Hills School in West Hollywood, California. However, he didn’t graduate as he started his career at a young age.

Jason made his television debut in 1981, at the young age of 12  as James Cooper Ingalls in Little House on the Prairie. He worked in a supporting role on the television show Silver Spoons. After this, he became popular among the teenage girls for his good looks.

Jason then worked on many projects like Lost Knight, Simon, Chicago Sons, George & Leo, and Some of My Best Friends and The Sweetest Thing.

He earned the status of teen idol in the mid-1980s mainly for his work on The Hogan Family. He also became America’s youngest-ever director when at the age of 18 he directed three episodes of The Hogan Family.

his most known work is the comedy series Arrested Development. He played the role of Michael Bluth from 2003 to 2006, the series did not gain a sizable audience but Jason got recognition for his performance.

Jason has worked in many Lead as well as supporting roles. His net worth is estimated to be $30 million.

Jason was in a controversy with his Arrested Development co-star Jessica Walter. He was accused of disrespecting the co-star in an interview. He later apologized for his behavior.

Jason is not much active on the social media platform. However, he is active on Twitter with 1.83 million followers but he doesn’t use Facebook or Instagram.