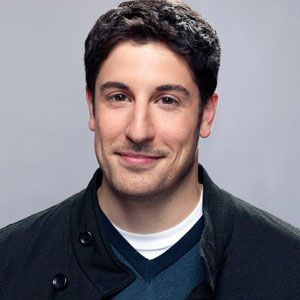 The 39-year-old American actor, Jason is a married man. He tied the knot with actress Jenny Mollen.

Furthermore, the couple exchanged their vows on April 23, 2008, after dating each other for a year. Together, they also welcomed two children, Sid Biggs and Lazlo Biggs. It has been almost 10 years they are together.

Moreover, they have maintained a perfect relationship since their marriage. Prior to his marriage, he also started dating Lindsay Zir in 2004. Furthermore, they carried their relationship for three years and broke up in 2007.

Initially, he was also linked up with actress Tara Reid in 2000. Although, they couldn’t continue their love life for so long and split up.

Currently, Jason and Jenny are enjoying their married life along with his children and living elegantly.

Who is Jason Biggs?

Jason Biggs is an American actor as well as a comedian. He rose to prominence after appearing as Jim Levenstein in the American Pie comedy film series.

Some of his notable works include in the Netflix original series Orange Is the New Black, Loser, Saving Silverman, and As the World Turns.

For his work in the soap opera As the World Turns, he got a nomination for the Daytime Emmy Award for Outstanding Younger Actor in a Drama Series.

Jason was born on May 12, 1978, in Pompton Plains, New Jersey, United States. Talking about his nationality, he is American and his ethnicity is Italian and English.

He is the son of Angela Biggs and Gary Biggs. Furthermore, he grew up along with his two siblings Heather Biggs and Chiara Biggs.

As a child, he developed his interest in acting and also began to learn from a very early age. Moving towards his education, he attended Hasbrouck Heights High School. Later, Jason joined Montclair State University and dropped out just after three weeks.

Jason began his acting career at the very young age of five. Later in 1991, he made his major television debut in the short-lived FOX series Drexell’s Class.

A couple of years later, he appeared as Pete Wendall in As the World Turns which also got Daytime Emmy Award nomination. Furthermore, he also starred in a couple of TV series such as Off Centre, Will & Grace, I’m in Hell and Mad Love.

Back in 1999, he stole the limelight as he appeared in the huge hit American Pie. It also got several nominations. Moreover, this veteran actor also featured in the sequel of the movie American Pie 2 in 2001.

In the same year, he also appeared in a couple of movies which include Jay and Silent Bob Strike Back and Prozac Nation. Back in 2006, Jason also played in the MTV reality show Blowin’ Up along with Jamie Kennedy and Stu Stone.

In addition, he has also made the contribution to the anthology, Oy! Only Six? Why Not More: Six-Word Memoirs on Jewish Life. His contribution, “This is a Roman nose, OK?”.

Recently, he has also starred in a couple of films which include Amateur Night, Who We Are Now, and Dear Dictator. Besides this, Jason also landed the roles in Nightcap, The Good Fight, and Angry Angel.

Apart from that, this talented actor has also appeared in theatre shows, The Graduate, and The Heidi Chronicles. In 2000, he also featured in a music video of Wheatus titled Teenage Dirtbag.

Being a famous actor, he pockets a handsome amount of money from his profession. Currently, he has a net worth of $18 million.

So far, has won Screen Actors Guild Award, Young Hollywood Award, and Taormina International Film Festival Award. For his work in the soap opera As the World Turns, he got a nomination for the Daytime Emmy Award for Outstanding Younger Actor in a Drama Series.

Once, he faced controversy after his wife Jenny Mollen gave a statement that she once hired a prostitute for him on his birthday. This controversial statement took storm on social media as well as in media. In addition, he again came into the headline after he made some controversial Tweets of Eric Hill.

Jason has a height of 5 feet 10 inches and weighs 83 kg. Moreover, he has a pair of hazel eyes and brown hair. Apart from that, there is not any information regarding his other body measurements.