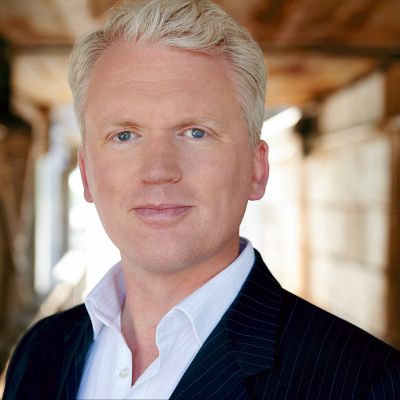 Who is Jason Bryden's Wife?

Currently, he is in a happily married relationship with his wife named Miranda. The couple tied the knot with each other in 2001 in a confidential ceremony with selective guests. They are blessed with two child and lives in Toronto happily.

Who is Jason Bryden?

Jason Bryden is a famous Canadian actor, stand-up comedian, and writer. His recent role in the Netflix Series The Umbrella Academey in 2019 has gained him a lot of name and recognition. He has appeared in drama series like Murdoch Mysteries and Suits.

Jason Bryden was born in Vancouver, Canada. He holds Canadian nationality. His ethnicity is Caucasian. The actor has not revealed his date of birth so, no calculation can be made regarding his age.

Bryden also has not opened up about his parents, siblings, and educational background to the media.

Jason Bryden has worked for almost 20 years in the comedy field. Similarly, he has appeared in more than 40 television and movie series and over 200 commercials.

He debuted in the Play named “The Dissemblers” by Touchstone Theatre. Similarly, he acted in films such as SG-1, Sanctuary, Supernatural, and Battlestar Galactica.

He worked as the script consultant in an HGTV series, She’s Crafty. After the success of the show, it signed a deal with Brighlight Pictures and Paperny Films.

He even created and co-hosted a short talk show”The Strip Mall” on CBC Radio. Besides, he is also a writer, who has written for the Radio and TV campaigns regarding B.C. Epilepsy Society.

Then, Jason Bryden appeared as Otto, in the Netflix television series The Umbrella Acadamey in 2019 which was his major breakthrough in his career to gain him fame and name worldwide.

Brief About The Umbrella Academy

The Umbrella Academy is the USA-based television reality show on the comic book series of the same name written by Gerard Wat. Steve Blackman is the creator of the show while Jeremy Slater is the developer.

It chronicles the story of un biological siblings who has supernatural power and come together to reveal the mysterious death of their father and the result of the upcoming disaster. Borderline Entertainment, Universal Cable Productions, and Dark Horse Entertainment are the producers of the show.

The first season of the series was released on February 15, 2019, on Netflix. The show was able to amass more than 45 million views until April 2019 according to Netflix.

With the huge success of the first season, the second season of the series was released on July 31, 2020. After the popularity of both seasons of the show with good ratings and reviews, the series was renewed for a third season which is scheduled to be released in 2022. But the precise date for the release has not been fixed yet.

The net worth of Jason Bryden is accumulated to be 1 Million USD as of 2022. However, the salary and income of the actor are under review.

Jason Bryden seems to be focused and dedicated to his work. So, he has not been involved in any rumors or controversies to date.

Jason Bryden is 5 feet 11 inches tall and weighs around 70 Kg. He has a fair complexion with pair of blue eyes and grey colored hair.

Moving towards his presence on social media platforms, he has an Instagram account under the username @jasonbrydenofcanada with more than 12.1K followers.

For, the last time Jason Bryden was seen uploading his picture with a surprised expression captioning it as “5k heart attack in the snow”.