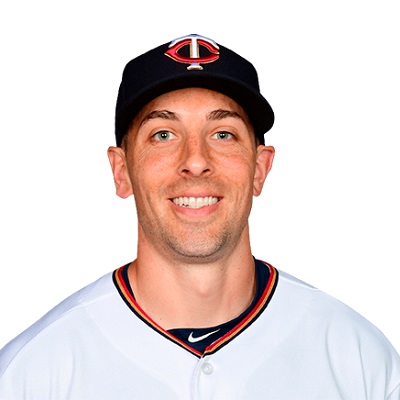 Jason Castro is a married person. He married his girlfriend Maris Perlman in late 2012 in a lavish wedding ceremony which was decorated with beautiful flowers all over. Castros’ wife wore a beautiful dress along with her grandmother’s Tiffany wedding band. She also wore an awesome diamond ring at the wedding. In addition, his wife purchased her wedding items from Houston including wedding gown, belt, shoes, and pieces of jewelry. The couple went on honeymoon South Africa and Mauritius, the African continent

In addition, the couple is the founder of Castro’s Kids, a Houston-area literacy program.

Who is Jason Castro?

Jason Castro is playing professional baseball for the Minnesota Twins as a catcher in the Major League Baseball(MLB). Castro played for Houston Astros and Astros selected him in the 2008 Major League Baseball Draft in the first round. Jason made his MLB debut on June 22, 2010.

He was born on June 18, 1987, in Castro Valley, California. He was born to parents Rene Castro and Betsy Castro. His father is originally from Portugal whereas his mother belongs English nationality. He has a brother Michael Castro and a sister Jackie Castro.

Jason holds American citizenship but his ethnicity is unknown.

He attended the Castro Valley High School and completed his graduation from there. After that, he received a scholarship from Stanford University and also played for the University’s baseball team until he was drafted in the MLB.

He started career playing in Single-A for the Tri-City ValleyCats in 2008. After that, he got promoted to play for the Class AA Corpus Christi hooks on June 7, 2009. In addition, he played for the U.S. team in the Baseball World Cup in Nettuno, Italy.

Moreover, he got selected to play for the United Staes team in 2009 All-Star Future Game in St. Louis. He debuted his MLB career on June 22, 2010, at Minute Maid Park which was against the San Francisco Giants.

Jason Castro is playing professional baseball for the Minnesota Twins as a catcher in the Major League Baseball(MLB). Castro played for Houston Astros and Astros selected him in the 2008 Major League Baseball Draft in the first round. Jason made his MLB debut on June 22, 2010.

He is currently playing alongside Max Kepler, Jorge Polanco, Nelson Cruz, Jake Odorizzi, and many more other rerouted MLB players.

He has won several medals in his career. He won Men’s baseball representing the USA and also won the gold medal in 2009 Nettuno for the team.

He has an estimated net worth of around $25 million and he has earned that sum of money from his professional career. Also, his net worth will reach beyond $50 million if he won’t leave the MLB career.

Previously, he received a salary more than $5 million and his current annual salary is around $8 million. Castro’s current contract pays him well as he signed a three years contract worth $24.5 million in 2016.

During his minor league career in 2010, he suffered an injury due to which he has to rest for the entire season and also, he tore his anterior cruciate ligament in 2011 after which he missed the entire season.

Moreover, his other surgery was done to remove a cyst from his knee in 2013 September. Currently, he did a season-ending surgery since he tore his right knee meniscus.

He has a height of 5 ft. 10 inches and weighs 84 kg. Jason has dark brown eyes and dark brown hair but his shoe size, dress size, etc. are unknown.