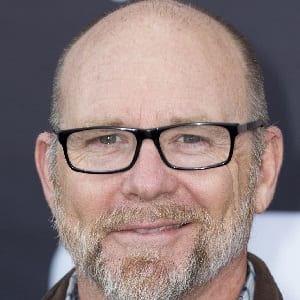 [on being compared to his father]: I get it all the time. You know, 'Will he look like him, will he talk like him?', that sort of thing.

Jason Connery was previously married to American actress Mia Sara. The pair met during the making of ‘Bullet to Beijing’ in Russia.

They later married on 17 March 1996. They have a son named Dashiell Quinn Connery. The couple divorced in 2002.

Who is Jason Connery?

Jason Connery is an English actor and director. People mostly know him as the son of actor Sir Sean Connery. In 1986, he appeared in the third series of the ITV drama program ‘Robin of Sherwood.’

Additionally, he took over the main role in the show after Michael Praed’s character was killed off.

Connery was born as Jason Joseph Connery in Marylebone on January 11, 1963. He was born to parents Sean Connery and Diane Cilento. Since both of his parents were from the show business background, Jason was exposed to the world of acting from an early age.

He is of English nationality. Furthermore, he belongs to the mixed ethnic background of Scottish, English, Irish, and Italian.

Jason Connery initially appeared in several theatre works and moved his way to several B-films. In 1983, he appeared as MacKinnon in the movie ‘The Lords of Discipline.’ Additionally, he also had roles in ‘The First Olympics: Athens 1896’, ‘Nemo’, and ‘Doctor Who.’

In 1985, Jason appeared in ‘The Boy Who Had Everything’ as John Kirkland. Since then, he has appeared in several other movies and television series. At present, he has more than 70 credits as an actor.

Some other movies and television series that Connery has appeared in are ‘The Untold Story’, ‘Railroad to Hell: A Chinaman’s Chance’, ‘Alien Strain’, ‘General Hospital’, ‘Criminal Minds: Suspect Behavior’, ‘Penance’, ‘The Line’, ‘The Thirst: Blood War’, ‘Chinaman’s Chance: America’s Other Slaves’, ‘An Accidental Christmas’, ‘Brotherhood of Blood’, ‘George Lopez’, ‘The Far Side of Jericho’, ‘Lightspeed’, ‘Hoboken Hollow’, ‘51‘ ‘Bye Bye Baby’ among others. In addition, Connery also has 5 credits as a director and 4 credits as a producer.

Connery won the BAFTA Scotland Award in 2016 for his appearance in ‘Tommy’s Honour.’ Additionally, he has also garnered the Michael Powell Award for Best British Feature Film at Edinburgh International Film Festival.

Connery has not revealed his current salary. Furthermore, there are no details available about his estimated net worth at present.

Connery’s relationship as well as divorce with Mia Sara was controversial. Jason made the news after he commented that Mia will not get a penny from him after the divorce.

This led to the speculations that they had a difficult relationship. At present, there are no rumors concerning Connery and his career.

Talking about his body measurement, Jason Connery has a height of 6 feet and has a decent weight. Additionally, his hair color is dark blonde and his eye color is hazel.

In addition, he has over 600 followers on Instagram. Similarly, his Facebook page has more than 1k followers.