Updated On January 26, 2023 | Published By: Brandy Stratton | In Child , Pregnant , Relationship
Share this 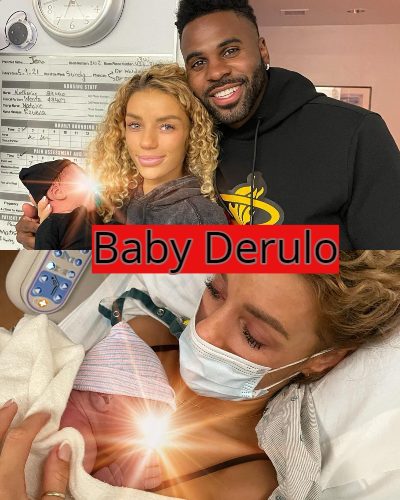 Update: Derulo and Frumes broke up in September 2021 after dating for a year and a half.

Babu Derulo has arrived! Jason Derulo and girlfriend Jena Frumes welcomed a baby boy. The name of their son is Jason King Derulo. The couple had announced the pregnancy just two months back.

On 18th May 2021, Jena announced the news on her Instagram writing,

“A glimpse of my first week with our healthy handsome little king. Life now has so much more meaning & I am so grateful. I’m so so so in love with this little boy he’s everything I never knew I needed 05/08/2021”

The baby news came almost 10 days after the birth of their son. The couple is yet to reveal the dace of the baby but she has shared a series of photos from the hospital room. Similarly, they have not revealed the name of the baby boy yet. Jason is the first one among his siblings to have a son.

“I think I’ve done so much in my life, right? And I’ve been able to accomplish a lot so at this point in my life I’m like, ‘Okay, now who do I share it with?’ Also, there [are] no men to carry my name. My brother had all girls, my sister had girls, so there’s no more Derulos, like I needed to make it happen because somebody’s got to carry the name.”

They seem happy and excited about parenthood and are going to raise the baby Derulo with love together.

Jason Joel Desrouleaux is an American singer, songwriter, and dancer. He is professionally known as Jason.

Since the beginning of his solo recording career in 2009, Derulo has sold more than 30 million singles and won 11 Platinum singles, including Wiggle, Talk Dirty, In My Head, and Whatcha Say. Read more bio…

Lady Gaga was raped by a producer and became pregnant at 19 years of age! #WeLoveYouGaga
Tags : Singer Wiggle