Jason Genao is an actor who acted in the Netflix series On My Block. 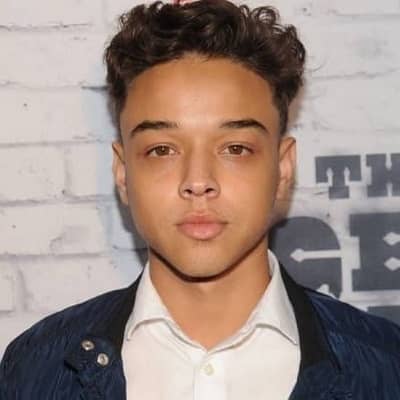 Jason Genao is most probably single as of now. Though he hasn’t confirmed his relationship status, his activity on social media, interviews, and appearances in public, all suggest that he is not dating anyone. He has also not revealed anything regarding his dating history and so, nothing is known about his previous girlfriends and relationships.

Who is Jason Genao?

Jason Genao is a popular American actor. He is best known for his portrayal of Ruby Martinez in the Netflix series On My Block. He is also quite popular on social media with a huge fan following.

Jason Genao was born on the 3rd of July, 1996 in Jersey City, New Jersey, U.S.A. As of now, his age is 24. His nationality is Dominican-American and his ethnicity is Latino.

Jason has not revealed much regarding his parents as of now. But he has shared that both of them are from the Dominican Republic. He also spent most of his childhood in New Jersey along with his two brothers David and Danny Genao. Growing up, Genao also had a passion for acting and began polishing his acting skills from a fairly young age.

Talking about his education, Jason initially attended a New Jersey High School but later transferred to and graduated from William L. Dickinson High School. He also found his passion for acting through the numerous plays he participated in at school

Jason debuted on Television in 2016 with a guest role in the popular TV series Law & Order: Special Victims Unit. This gave him some exposure and much-needed experience for his acting career. Soon after this, Genao landed the role of Napoleon in the Netflix series The Get Down. Unfortunately for Genao, the series didn’t perform so, it was canceled after the first season. But Genao wasn’t worried as he landed a role in 2017’s Logan. This was also his film debut and though his role was minor, Genao became well-known thanks to the movie’s popularity.

Just a year later, in 2017, Genao landed his biggest role to date as Ruby Martinez in the Netflix series On My Block. Ruby is a part of the main cast in the series and On My Block is also very popular. Thanks to this and his excellent portrayal of Ruby, Genao rose to fame after this role. His social media also grew and he has been recognized as a great young actor in the industry.

As of now, Jason has an estimated net worth of roughly 400k U.S. dollars. He has not shared any details regarding his annual salary as of now.

Jason is an honest and hardworking guy. As such he has not been involved in any negative rumors or controversies surrounding his private or professional life.

Jason stands at a height of 5 feet 2 inches tall and his weight is roughly 55 kilograms. The young actor is blessed with good looks and has built a slim and athletic physique. His eyes are brown and his hair is black in color.

Get to know more about the lives of Tammy Lynn Michaels and Troy Leigh Anne Johnson as well.