Jason Hoppy is a businessman who appeared in Bravo’s Real Housewives of New York as Bethenny's husband. 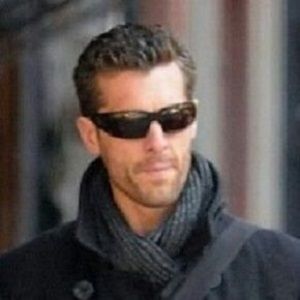 Jason Hoppy is possibly single at the present time.

He was previously married to the famous American reality TV personality Bethenny Frankel. He was the second husband of Frankel.

The couple got married in 2010, on the show Bethenny Getting Married?

The couple has a daughter named Bryn Hoppy that same year. Their marriage was documented on Bravo’s TV series Bethenny Getting Married as well as The Real Housewives of New York.

They split after two years of marriage in December 2012 and officially divorced in 2016. The pair has also gone through an ugly custody battle over their daughter. There is no other record of his relationship.

Who is Jason Hoppy?

Jason Hoppy is an American businessman.

He became popular after being featured on Bravo’s Real Housewives of New York as the husband of the show’s star Bethenny Frankel. He has worked as an account executive at AbbVie Pharmaceuticals.

Jason Hoppy was born on September 10, 1970, in New York City, New York, United States. His nationality is American and he is of Caucasian ethnicity.

He is the son of American parents Carol A. Hoppy and Robert M. Hoppy. He has a brother named Bryan Hoppy.

There is no exact information about how Jason began his career. During his early career days, he worked as a pharmaceutical salesman. He is a Pharmaceutical account executive who has worked at AbbVie Pharmaceuticals in his past.

He became known for his highly-publicized relationship with reality star Bethenny Frankel. He came to fame when he was featured on Bravo’s TV series Bethenny Getting Married as well as The Real Housewives of New York with his wife Bethenny Franke. He has also appeared in the popular spin-off reality show Bethenny Ever After.

There is no information about his salary but his net worth is $5 million.

There is no rumor of his present love affairs. Hoppy was charged with aggravated harassment and alleged stalking a few months back. He was arrested and charged a fine for the harassment. The news is that he will have to endure a trial this summer to face stalking and harassment charges.

Jason Hoppy has a height of 6 feet 1 inch. His bodyweight is 75 kg. He has dark brown hair. His eye color is not known. Besides these, there are no details about his body measurement.

Also know more about the early life, career, net worth, relationships, and controversies of other businessmen including Tina Knowles, Brian Hickerson, Rudy Giuliani, and Danny Daggenhurst.